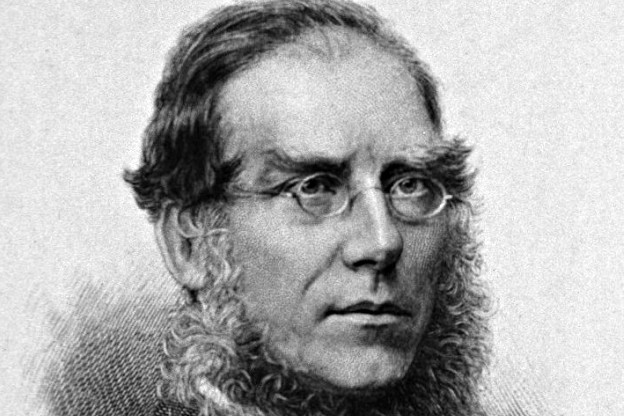 Joseph Dalton Hooker was born in Suffolk, England in 1817. His father was a professor of botany in Glasgow, Scotland, and at the age of 15 Joseph became a student at Glasgow University.

Upon his completion of medical studies he served as assistant surgeon on an expedition that travelled to Antarctica and his ship called at various ports en route, and at each port he studied the native plants. After a four-year trip he returned to England and found that he had been appointed Director of Kew Gardens.

Hooker also established a strong friendship with Charles Darwin. Later, he journeyed to India and traveled extensively while there collecting botanical specimens. He again returned to England, and in 1860 he visited Syria and Lebanon. In 1877, he set out for America where he travelled 8,000 miles by train studying North American plants and was greatly impressed by our Californian redwoods.

Joseph Dalton Hooker died in England in 1911. With his passing, the great age of botanical explorations came to an end as air travel eclipsed the railroads and steamships that had featured so prominently in Hooker's studies.

His book on rhododendrons triggered their popularity in Victorian and Edwardian English gardens. He had an enduring passion for plants and discovered many of the ones that grow in our gardens today. He also named many he found to honor his colleagues* who helped him in his travels.

*Rhododendron hodgsonii was named after Brian Hodgson who was his host in Darjeeling on his Indian journey. It is deep pink to red/purple.