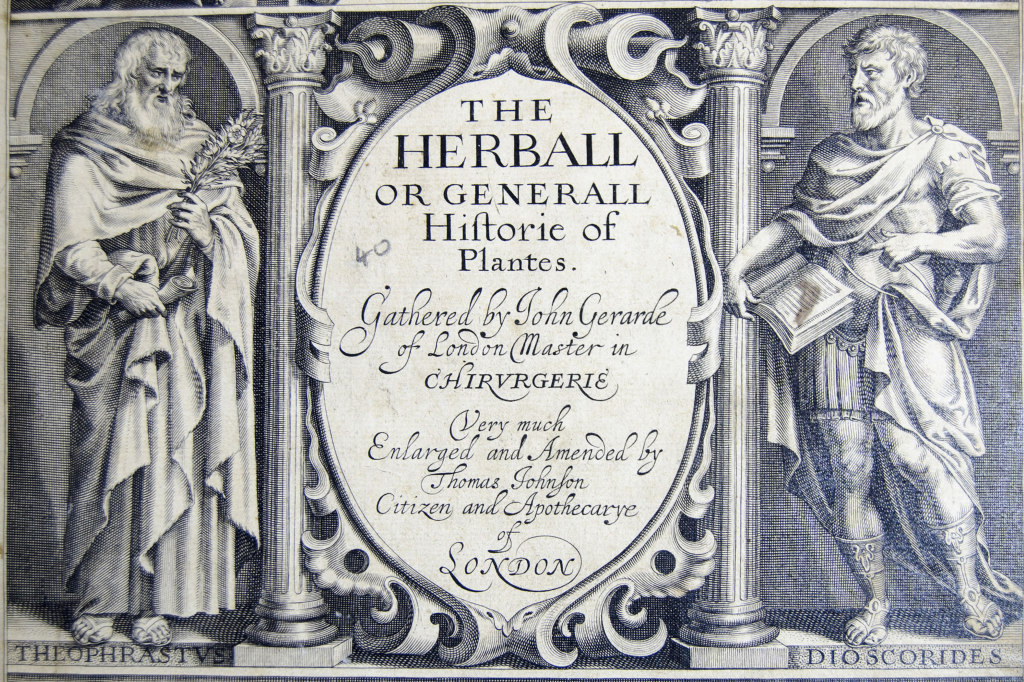 When we research modern flowers and their antecedents, we frequently run across the name John Gerard, who was one of the very first Englishmen to write about plants. He was born in Cheshire in 1545 and apprenticed to a barber-surgeon in London. Now, remember that plants were mostly used medicinally in early times, so botany didn't emerge as a stand-alone field of study until the 17th century.

Gerard's garden was famous, and it was in the fashionable suburb of Holborn. He was charming but not above borrowing much of the information that he included in his famous history of plants (Herball, or Generall Historie of Plantes) published 1597, and he did not acknowledge that he borrowed from a Dr. Priest, who was deceased so not able to contest the plagiarism. It must be remembered that literary piracy was common in those days, however, that is no excuse for it nor the inaccuracies that are bound in Gerard's book. Nevertheless, the Gerard Herball is one of a kind and provides a unique insight into which plants were grown in the 16th century in England.

Gerard died in 1612, leaving modern scholars with a wealth of information concerning the antecedents of the plants that many of us still grow today.