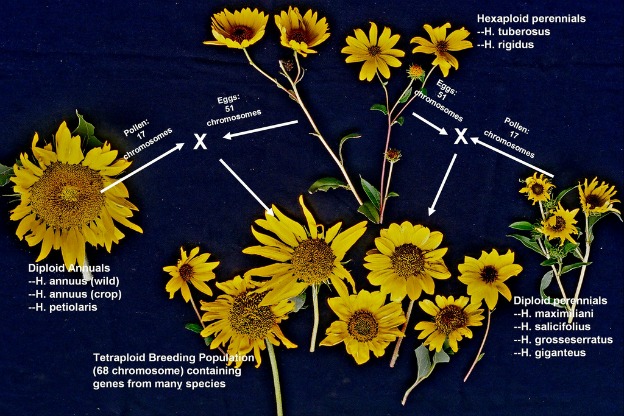 The practice of crossing plants to develop new varieties was developed long before the scientific bases for the process was understood. Modern gardeners benefit from the patient work of centuries of flower breeders.

Hybrid is a word borrowed from Latin that actually means an animal that is a half breed.

In days gone by, farmers also used the word "mule" for plants resulting from crosses, as though members of both the plant and animal kingdoms were the same when intermingled.

One of the first recorded hybridization trials of ornamental plants was conducted by the English nurseryman Thomas Fairchild as early as 1720. He put pollen from one dianthus species on the stigma of another.

Fairchild was tutored by Nehemiah Grew who was the first person who concluded that pollen was the male agent in the fertilization of plants.

Much later in 1866, Gregor Mendel crossed two forms of peas. And Charles Darwin knew of this work, but his focus was on the gradual evolution of changes in species, not on hybridization.

All of these interesting pieces of information I read about in Judith Taylor's book Visions of Loveliness describing great flower breeders of the past.