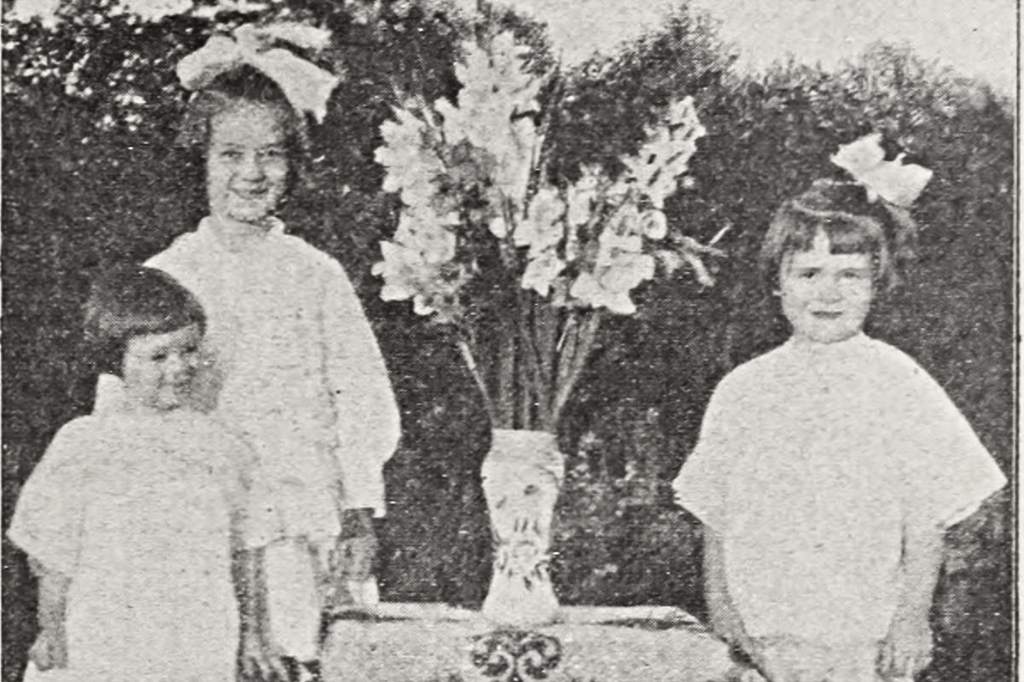 The name gladioli comes from the Latin word meaning sword because of the shape of the stiff sword-like leaves of the plant.

Historically, there are early mentions of the plant, also referred to as "cornflag," being a weed in European cornfields. In England, a native species grew only in the New Forest and the Isle of Wight. Gladiolus was first mentioned in England in 1578 in the garden list of William Mount. In 1597, Gerard wrote about two European species that were used as a poultice to draw out splinters and thorns from flesh.

By the early 1600s, glads were being grown in gardens in England, and by the 1700s, glads were being imported to England and were quite common, with new species arriving frequently from South Africa. New varieties were also bred in both France and Germany in the 1800s.

In 1907, an American called Mr. Kundera developed the first glad with ruffled edges.

The variety Gladiolus primulinus from Victoria Falls, Mozambique is also called "Maid of the Mist." Its hooded petals were thought to have evolved originally to protect the stamens and pistil from the spray from the falls. The yellow and orange colors of the glads we have today came from the genetic legacy of the "Maid of the Mist."