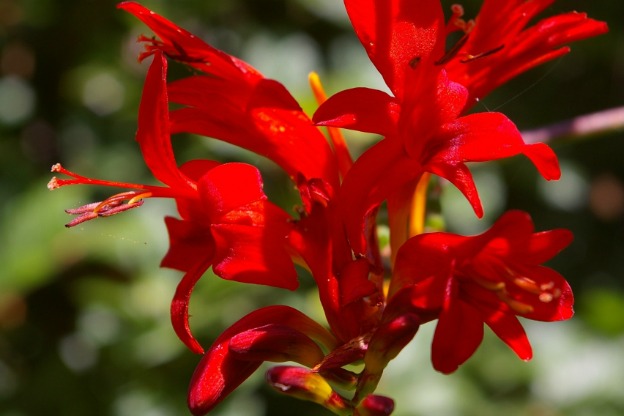 Whenever you travel and want to bring a gift home to a gardener, go to a shop that sells magazines and peruse their local gardening periodicals.

You will find a treasure trove of possible presents that will pack well and delight the recipients.

I know the delight of receiving such a gift, as only last week a friend gave me a gardening magazine she purchased in Britain. It is a gift that goes on giving as I have read and reread many of the articles and enjoyed all of the inspiring photographs of English gardens.

It is interesting to see the current trends in other countries. For example, there are so many mentions of the love affair British gardeners are having with crocosmia, which I believe hails from South Africa originally.

We like it here too, but the Brits seem to be entranced with it at the moment. Maybe those hot yellows and reds warm them up in that cold, damp British climate. Incandescent scarlet, orange and yellow wands of bloom are truly eye-catching too.

In this country we see a lot of the tall, red variety ‘Lucifer', but the Brits writing in my magazine were raving about ‘Vulcan', which apparently is shorter and a burnt-orangey-red, and they seemed mad about ‘George Davidson' that is a warm yellow.

Evidently the last to flower in the fall is an orange variety ‘Star of the East'.

The British Horticulturalist Alan Bloom resurrected many of these varieties in the 1960s and then they fell out of favor. Apparently now they are back in favor in England and have really caught on with modern gardeners on the other side of the Atlantic, so they'll probably be popular on our side again soon.