Fragrance In Our Gardens 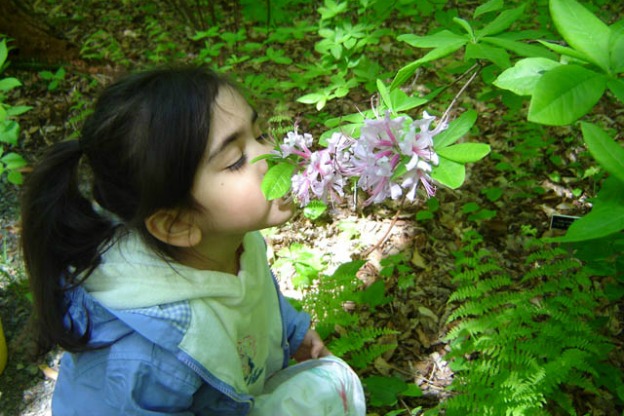 So many of us strive for fragrance in our gardens, and many of our favorite associations are those connected to the sense of smell.

For instance, we may think of our grandmothers when we smell lilacs or remember a bush grandma had in her yard.

Or, maybe we grow lavender because our mother loved that scent.

Smell was important for our ancestors when they were tracking animals to feed their families, yet this important human faculty has not been well understood by scholars.

In fact, biologists first described the inner workings of olfactory receptors in the nose in the 1990s! (Stone, 2014) More recently, scientists have found that odor receptors are actually found in many parts of the body-the liver, heart, kidneys-in nearly every organ in the body, where they contribute to many physiological functions.

German biologists even found many scent receptors on human skin.

In 2009, a team of German biologists led by Dr. Hanns Hatt exposed olfactory receptors in the human prostate to a compound extracted from violets and roses, and it appeared to inhibit the spread of cancer cells by switching off errant genes.

Other studies at Emory University in the U.S. have found some evidence that fragrance regenerated muscle tissue. (Paylath, 2009)

Stone cites Grace Paylath (2009): "â€¦found that bathing in a synthetic fragrance redolent of lily of the valley promoted regeneration of muscle tissue."