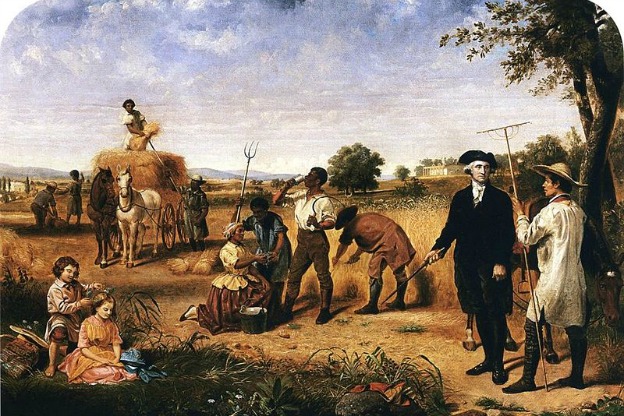 Founding Gardeners describes how gardening, and botany too, were passions of our founding fathers (and mothers). Leaders of the colonies that transitioned into the new nation were primarily farmers and gardeners and often complained in their letters about the way politics interfered with their interest in plants and their outdoor pursuits.

John Adams wrote to Thomas Jefferson in 1796, "I have spent my summer so deliciously in farming that I return to the old story of politics with great reluctance."

In the summer of 1796, Adams, Madison, Washington and Jefferson had all gone off to their farms and plantations. Adams was felling trees on his modest New England farm. Madison had married Dolly in 1794 and was constructing a new mill on the "Montpelier" plantation that he was soon to inherit. In Virginia, Jefferson was riding across his plantation "Monticello" and thinking up plans for new flower and vegetable gardens. Washington was at "Mount Vernon," and there he discussed how pineapples grow with the Spanish Ambassador and other guests.

The importance of plants, both for crops and for ornamentation, was known to these statesmen who shaped the future of this nation. It was one of the few topics on which they agreed.