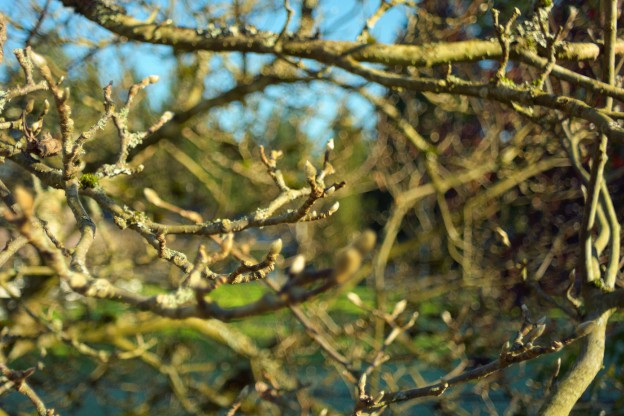 Now that we gardeners are getting ready to buy some new permanent plants, we might want to think before we grab.

I am often bad about not researching carefully enough before I purchase plants. If I fall in love with the flowers, then I often throw discretion to the winds. Then I am later disappointed when the perennials, trees, and shrubs don't survive our spring freezing and thawing here in the Midwest.

Early spring warmth causes some plants to break dormancy too soon with the result that they are damaged if it turns cold again because of wide swings in the temperatures.

Ask the staff at your local nursery for trees and shrubs that break dormancy later rather than sooner in the spring. Native plants usually are more adaptable in this regard, so look especially for native plants that do not break dormancy too early in your region.

The Midwest is notoriously fickle with regard to fluctuating temperatures in the spring, so the issue of when a permanent plant breaks dormancy is especially relevant to Midwestern gardeners.