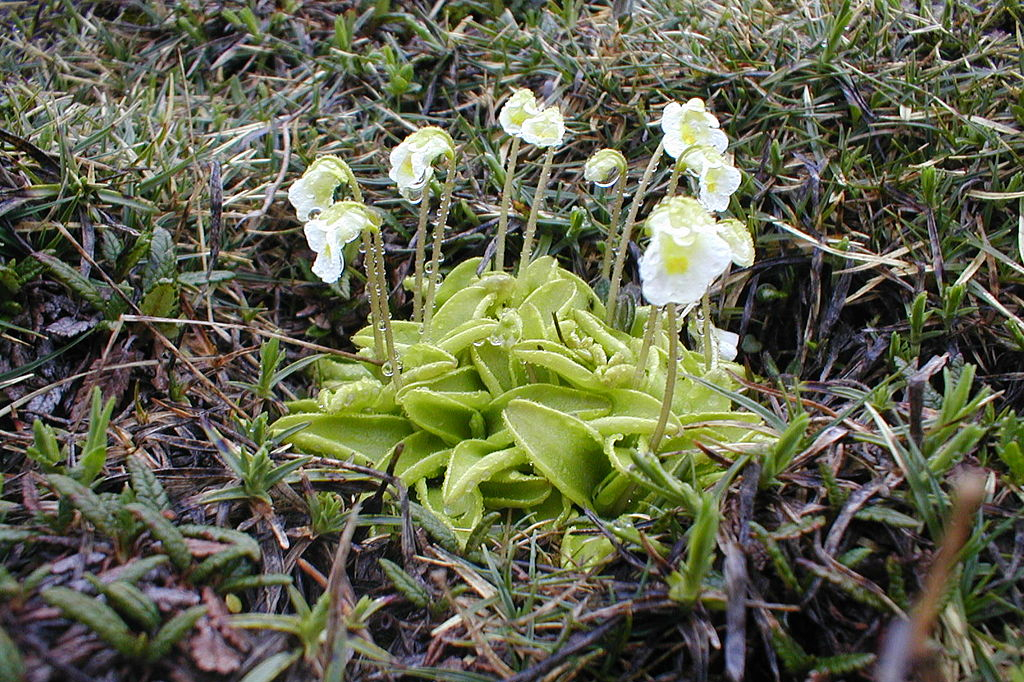 I have read that Charles Darwin was extremely interested in carnivorous plants. He was shown some small insects on the leaves of a plant called butterwort that grew in England, and thus, he identified a new genus in the 1870s.

It is named the Pinguicula genus, which is Latin for "little greasy one." This genus has about 70 species, and the plants are usually referred to as "pings." They are small herbaceous plants a few inches in diameter, and their leaves grow in a rosette. When the leaves are seen through a magnifying glass, one can identify thousands of hairs that have glue at their tip to catch small insects. When insects land on a leaf, they're glued! Almost immediately sessile glands produce a liquid. It is an acid and has enzymes that wets the insect as it dissolves. The liquid also has an antibacterial property, and in times past, the leaves of butterworts were used to cure sores in cattle.

Pings grow on nearly half of our planet. One that grows in areas with cold winters comes into growth in the spring and flowers on short stocks a few inches tall. The pretty flowers are cone shaped with spurs and short petals, and the colors are purple, violet, and white with hair on the entrance to their throats.

Pinguicula vulgaris, I have read, grows well in North America, though I have never seen one.