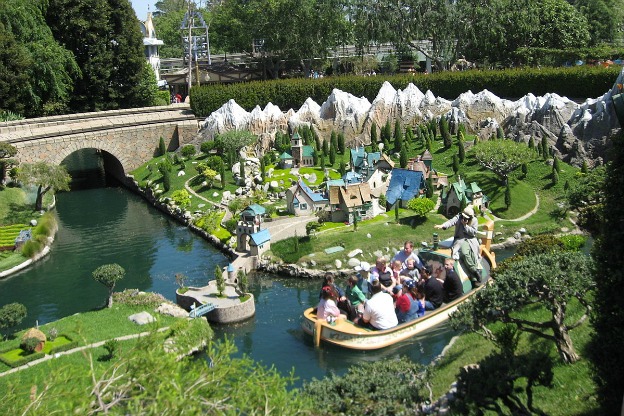 The man who developed and defined this type of landscaping, (Morgan) Bill Evans, is a Disney legend. A native of California, Evans first joined the Navy and gathered seeds for his father's garden at overseas ports that he visited. Later he studied geology at Pasadena City College and Stanford University, but in 1931 he had to leave school because of the great depression.

He then transformed his father's three-acre garden into a nursery and landscaping business. His inventory of unusual plants made his business popular among the film community, and movie stars such as Greta Garbo and Elizabeth Taylor hired him.

In 1952 Walt Disney asked Bill and his brother Jack to landscape the grounds of his Los Angeles home. He was so impressed with the result, especially of the plantings around his model train tracks, that he invited the brothers to submit a landscape plan for what would become Disneyland.

Thus a new style of landscaping was born, and Bill's name is synonymous with it. He taught generations of landscape architects how to create theme park stories in living environments. Bill Evans had the ability to create landscapes that looked as if they had existed for years and meshed with the fantasies of both adults and children.