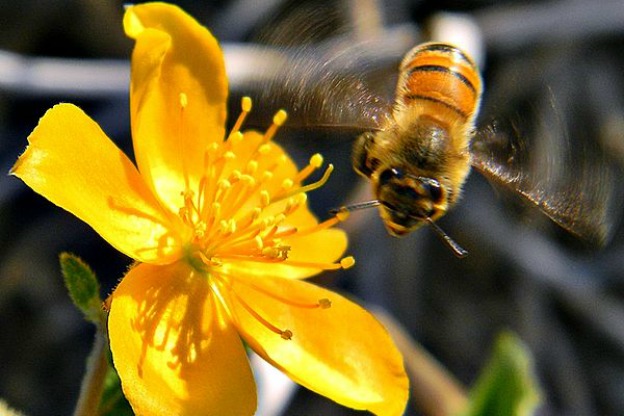 However, some of the plants we buy for our gardens are pretreated with neonicotinoid pesticides that are harmful to bees. In fact, it has been reported by Friends of the Earth (2014) in an article by Brown, Kegley, Finck-Haynes and Olivastri that there is widespread use of bee-toxic pesticides across the U.S. and Canada, although Europe has banned this practice.

The article states that home gardeners have no idea that they may actually be poisoning pollinators. The study sampled plants obtained from major nursery outlets in four geographic regions of the U.S. as well as three provinces of Canada. The samples were submitted to an independent, accredited analytical laboratory to identify specific neonicotinoids and quantify their concentrations in the flowers alone, versus the stems and leaves of the plants.

Fifty-one percent of the plants that were tested contained "neonic"residues. So, we all run the risk of buying contaminated plants.

Oregon has passed a bill, (February 2014), to address this, and some other states (including Minnesota, California, Maine, Maryland, New Jersey, New York, Alaska and New York) are also taking steps to do the same.

Canada is seeking to provide financial assistance to beekeepers.

Meanwhile all gardeners should ask questions at the places where we usually buy our plants.

Pesticides are suspected to be involved in bee colony collapse disorder.