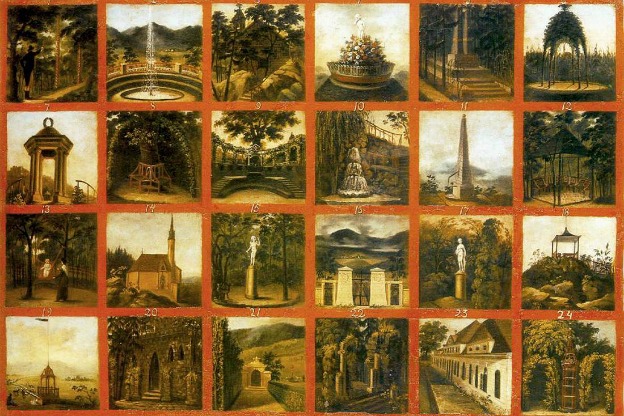 I have always been entranced by gardens in England and by the writings of English garden authors such as Vita Sackville-West and Gertrude Jekyll. Until recently, however, I did not understand the role played by the authors of the catalogs of American seed companies and nurseries during the nineteenth century in selling the concept of English gardening to the American public.

The print technologies available after 1870 and the low cost of printing, mailing, and the process of chromolithography allowed for easy dissemination of information to the nineteenth-century American suburban middle class. Thus American gardeners were advised on what to plant, how to plant, and other key aspects of design and maintenance. The specific type of garden design that was described and advocated , of course, was that of the quintessential English garden.

In his wonderfully enlightening book, Thomas J. Mickey describes how the garden of this early period in this country became a cultural symbol for the American middle class. Also this periodÂ of our history was when our fascination with expanses of green lawn originated.

If you read America's Romance with the English Garden, you will be glad that you did. Better still, you could share it with a fellow gardening Anglophile.