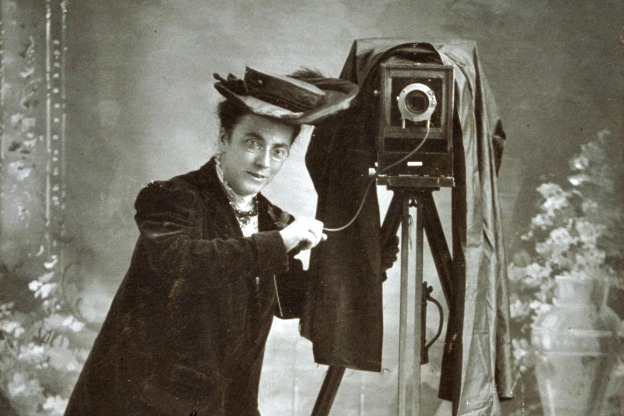 In an article reviewing the 2014 New York Botanical Garden's "Groundbreakers" exhibition, Edward Rothstein wrote about the first American women who photographed gardens at estates from California to Rhode Island.

These women set up their own cameras using heavy wooden tripods. Rothstein wrote:

By the early years of the 20th Century, just as women were becoming more autonomous, photography more commonplace, gardening and housing magazines more plentiful, these groundbreaking women photographers were defining the styles and possibilities of gardens by revealing their painterly possibilities in photographs. And a growing middle class was prepared to use those images as inspiration in shaping smaller yards or even window boxes.

Early women garden photographers created a new art form as they specialized in "capturing images of a realm long associated with their gender: gardens," wrote Rothstein.

He described what he saw in the exhibit of the works of these early women photographers: meticulously hand-colored lantern slides, late 19th-century magazine articles and explanations of how palettes of pigments were applied to black and white plates. Two of these amazing pioneer women were Jessie Tarbox Beals and Frances Benjamin Johnston.