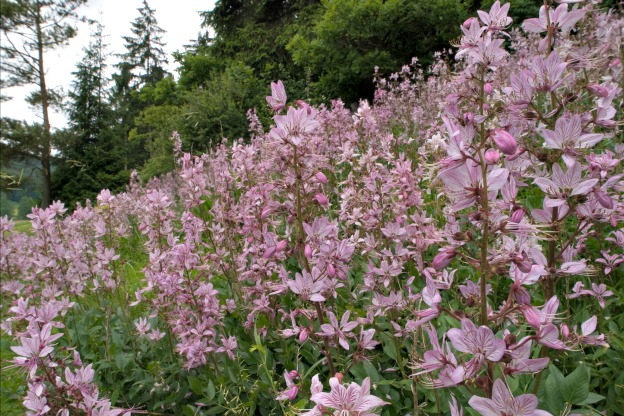 I complained a lot last spring about losing my Dictamnus, which is commonly called gas plant.

Well, thanks to my friend Alice who tracked down sources for me, I was able to purchase a new one.

I was thrilled to get it, but then became concerned as I watched it struggle last summer and then disappear.

However, my friend Judith rescued me from a deep depression by sending me information about how these plants are notoriously hard to get established, though ironically, very long-lived once they are established.

The leaves of the young, little plants are quite different from those on mature plants, and apparently the young plants may go dormant the first and/or second summer after they are planted.

Also, the fact that they disappear does not suggest that they are struggling, as apparently these are tough little babies.

So gardeners should not start trying to dig them up or move them, as gas plants just hate to be disturbed. They have tuberous roots and a small number of fine hair-like feeder roots on  the tap root. The tap root eventually goes down deep into the soil and then is able to sustain the plant by accessing underground moisture during periods of drought.

These plants usually take 3 to 5 years to get established, but when they are established they produce lovely pink or white spikes of bloom reliably every year in late spring. This, and the handsome foliage that is unappetizing to deer, more than compensate for the initial anxiety this plant creates.