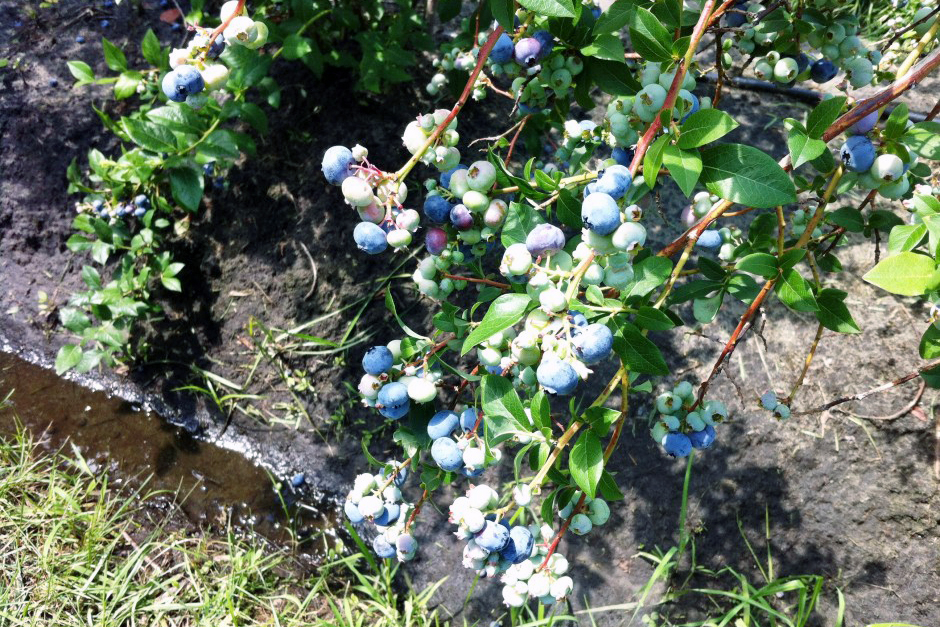 Nothing says summer like berry-picking. I visited farms throughout northwest Indiana and Michigan, picking (and tasting) the freshest strawberries, raspberries and blueberries. This final summer berry picking post is devoted to blueberries.

Save The Best For Last

I had never been blueberry picking and assumed it was similar to mulberry, raspberry or even strawberry picking.

Instead, I found blueberry picking the most rewarding and enjoyable for a couple reasons:

Jones Berry FarmÂ in Bridgman, Michigan consists of 10,000 acres and 20,000 berry trees, all neatly pruned and in great condition. Although many of the smaller trees produce berries, u-pickers may only harvest from larger trees that have been growing and producing for four to six years.

Blueberries are customarily labeled as simply "blueberries" in the grocery stores, so I had not given much thought to how many different varieties of blueberries exist. Indeed, each variety had its own unique flavor.

The farm had several varieties of blueberries to choose from.Â Draper was developed by Michigan State and is bigger and sweeter than other varieties, with a crisp skin. Blue ray, Pemberton and Bluecrop tasted pretty darn good, too.

The blueberries, sweet and juicy as they were, went into my mouth almost as often as they went into my basket. Occasionally one blueberry, no matter the variety, would taste tart. This makes sense because berries on any one plant do not ripen all at once. Multiple harvests are necessary to find the ripest fruit.

I collected five pounds of blueberries, and I'm already dreaming about a cobbler for later.

While out in the field, moving down the rows and rows of berry bushes, I could not help but wonder what happens to the fruit left behind.

On the ground, along the rows, were blueberries that had fallen. These would rot, but the blueberries still on the bushes would also rot if not picked. No farm could possibly make sure all of its fruit was picked, especially when picking involves careful hands, not machines.

Perhaps gleaning will be the next stepÂ after the u-pickers have had their fill.