Why Nutrient Runoff From Farms Is So Hard To Control 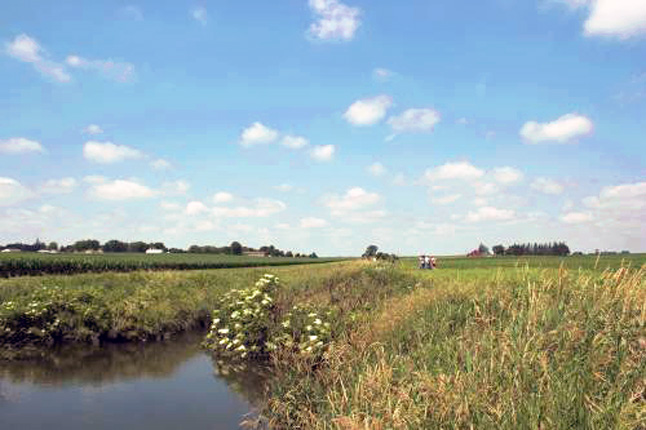 Today on Earth Eats, pickling 101 with Chef Daniel Orr. Grab some vegetables, any vegetables will do.

Also, from Harvest Public Media, water contamination in Flint, Michigan put a spotlight on drinking water safety. Other Midwestern cities are dealing with a different kind of pollution:

The soil, plant, water system is not an engineered system, it’s a natural system, a natural ecosystem that the growers are trying to manage.

Nitrates are ending up in our water. That’s part one of a special series called “Watching our Water.”

Then, we have a profile of kettle corn producer Chris Vosters.

How Are Nitrates Ending Up In Drinking Water Supplies?

There are quite a few ways nitrogen compounds end up in drinking water, but crop farms and livestock operations are the biggest contributors to nutrient problems in the Gulf of Mexico.

George Washington University researchers say they found a new strain of MRSA transmitted to people through consumption of infected poultry.

EPA Weighs In On Glyphosate, Says It Doesn't Cause Cancer

The Environmental Protection Agency says that the country's most widely used weedkiller, glyphosate, does not cause cancer. The chemical has been under intense international scrutiny.

Supporters and opponents of several proposed mergers among agricultural seed and chemical companies are making their case to lawmakers in Washington.