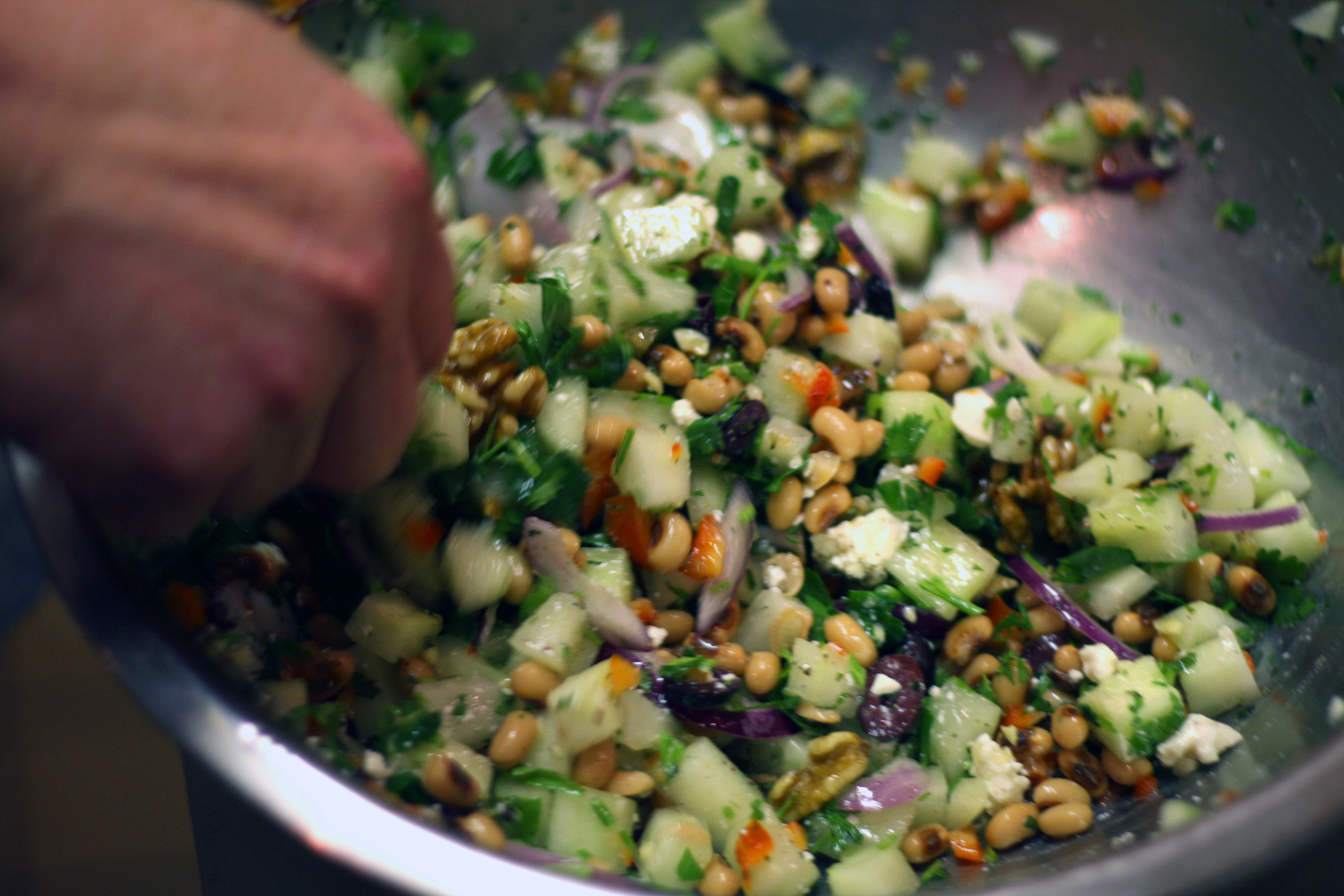 We're upending those traditional recipes today. Corned beef is usually made with brisket or beef round, but Chef Seth Elgar has a different cut in the brine -- beef tongue.

And, we've had fun sharing drink stories in our December shows, from coffee and kombucha to cocktails and eggnog. For the final show for the year, let's pop a bottle of bubbly. Brad Dunn is the beverage director at The Uptown Cafe. He talks about the history of champagne and gives suggestions for broadening the appeal of bubbly from just a celebratory drink to something you'd serve with a nice dinner.

We're doing some celebrating at Earth Eats, because this is our 400th show! Thanks to founder Adam Schweigert, Chef Daniel Orr and all the reporters, bloggers and chefs who have made Earth Eats what it is.

Fantasy Farming: A Lesson On The Risks In Agriculture

This is the fourth year Monsanto has hosted fantasy farming competitions. Schools that produce the highest yield and generate the most profit win cash prizes.

As the White House ramps up for a profound transition in January, many questions remain about the fate of food and agriculture legislation under new leadership.