Fantasy Farming: A Lesson On The Risks In Agriculture 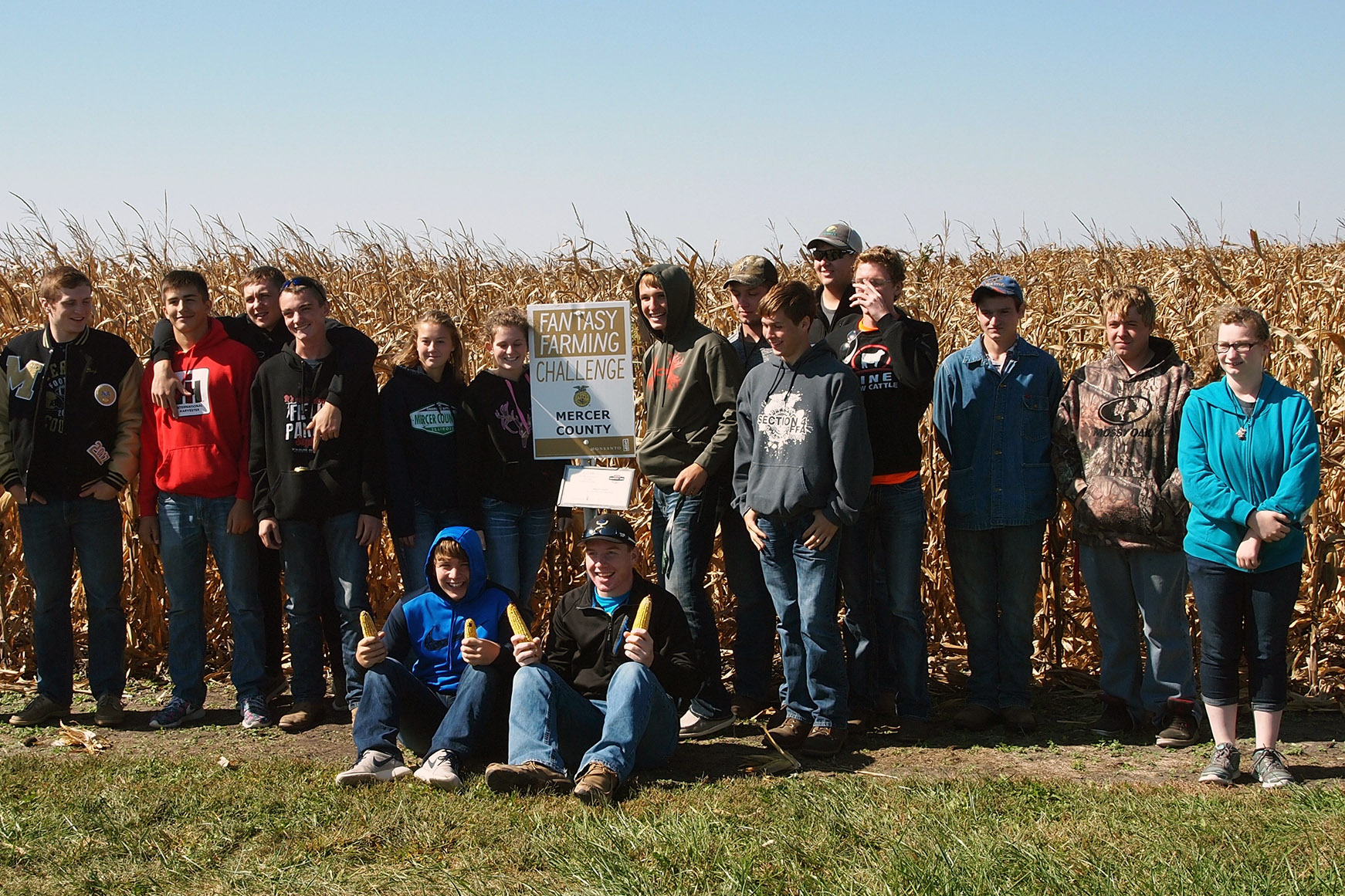 Let's say you're a high school student in an agronomy or agriculture class and you're looking for some real-world experience. You can't just buy a few hundred acres on which to experiment. Enter: "fantasy farming."

"Fantasy farming" is essentially a game played out on a real field, at a real agriculture research facility. It gives high school students a chance to learn firsthand about the guesswork and gambles that farmers make every year.

Monsanto, the seed and chemical giant, sponsors an annual competition among high school classes. The company devotes 17 plots of land to students and farms it for them based on their orders. Choose a hybrid corn seed, plan how much nitrogen to use, determine whether not to apply a fungicide. The goal is to grow the most corn on your school's plot.

"It's almost like picking a fantasy football team," says Troy Coziahr, manager of the Monsanto Learning Center, a 480-acre research farm just south of Monmouth, Illinois. "They're drafting their team and the hybrid is like the quarterback, right? That's the first choice you‘re going to make. Nitrogen is kind of like the running back. That's carrying the load."

Similar competitions are held at the company's learning centers in Iowa and Nebraska.

Seventeen high schools competed this year in Illinois, represented by 16 agriculture programs and one science class. Each school is given a corn plot of 100 feet by 20 feet and are all located in the same section of the learning center.

Monsanto's Coziahr visited the schools early in the calendar year to give the students some agronomic background and to receive instructions on how each school wanted Monsanto to manage their plot.

"I'm a former high school ag teacher and I thought this was a neat opportunity to get some agronomy and crop industry education into some high school ag programs," Coziahr says.

The schools are then required to take a field trip to the learning center in the fall to see their plot. Coziahr's teacher skills were on display on a cloudless day as he talked to ag students from Mercer County High School. The field corn rustled in the wind as Coziahr engaged students in front of their plot. He told them this was the third consecutive year corn was raised on this plot.

"What might be building up out here if we're continually raising corn?" Coziahr asked.  After a pause, one of the students replied, "Insects."

"Insects!" exclaimed Coziahr. "Insects that like to eat corn. They find a corn field and eat corn roots, leaves, or kernels or whatever."

The students were also given a quick tour of the sprawling learning center, which has research plots and an outdoor exhibit on the history of corn.

"It's been interesting to learn more about the traits. That could definitely affect the practices I'll do in my future," says Close, who hopes to one day manage the family farm.

The Mercer County High School plot – and others – suffered a setback during a June storm that included heavy rains, high winds and hail. But Close said the plants generally bounced back.

"I find it incredible everything that the plants can do," Close says. "The fact that they can grow like they can, or if a plant doesn't get pollinated the silks keep on growing until they do get pollinated, which is really interesting. It overcomes the problems it has and the plants have adapted to things over the years."

While fantasy farming is designed to teach students, Troy Coziahr said he too has learned lessons from the first four years of the competition.

"It's really about efficiency and making good choices."

This story was originally produced by Tri States Public Radio.