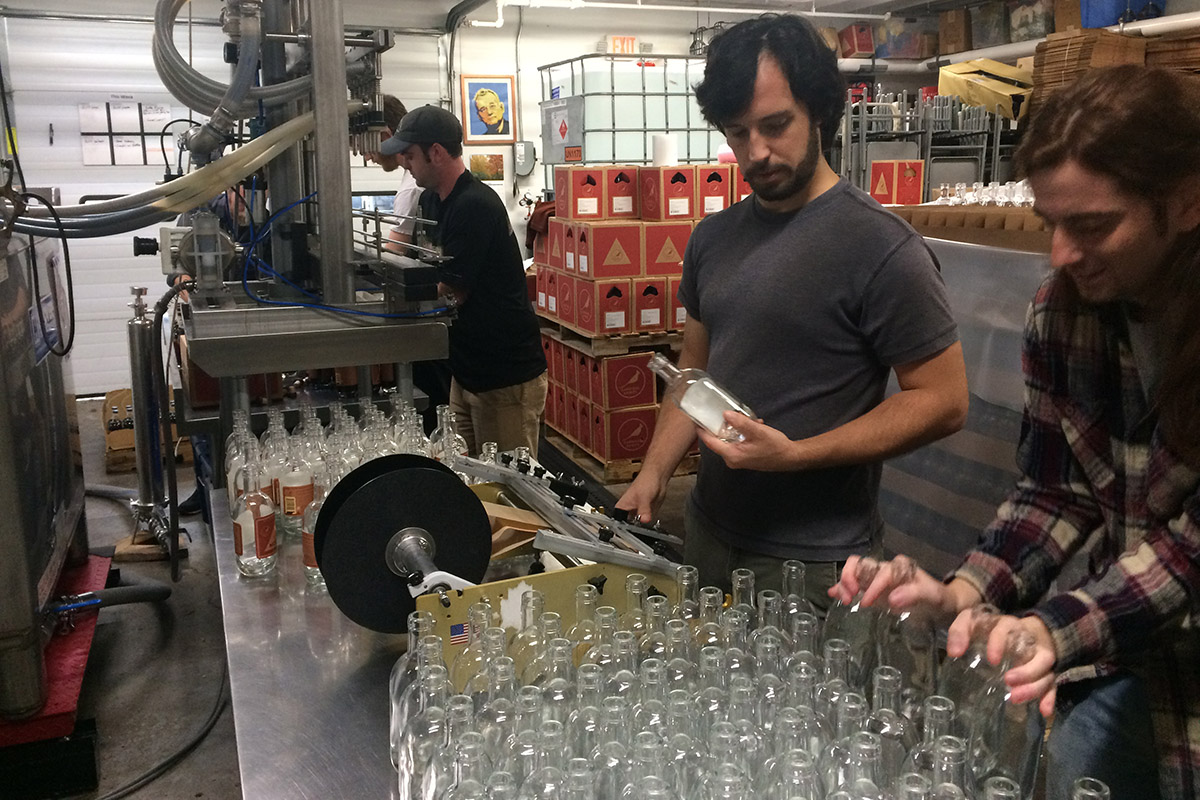 This week on Earth Eats we're sure to get you into the holiday spirit with a behind-the-scenes look at the making of a walnut liqueur. Earth Eats visits Cardinal Spirits on bottling day.

Cardinal Spirits is a craft distillery in Bloomington Indiana. This time of year they release their beloved Nocino. I Spoke with co-founder Adam Quirk and several other members of the Cardinal team, in late October about the process behind the Italian-style, walnut liqueur.

Nocino is made with Cardinal's own vodka, green walnuts and botanicals like star anise and orange peel. These walnuts come from special family trees in Fort Wayne, Indiana. They are English Walnuts, less common in Indiana that the Black Walnuts littering many Hoosier's backyards. Hear all about this local, seasonal spirit--including ideas on how to drink it--on the podcast.

Also this week, just in time for Hanukkah, Chef Daniel Orr has a spicy twist on traditional latkes. His are made with sweet potatoes.

Nervous by Actual Figures from Love is Not Enough

The Department of Justice this week recommended the Supreme Court not hear a lawsuit brought by 12 egg-producing states, after California banned the sale of eggs produced in confinements smaller than the state's new requirements.

More than 32,000 of food industry documents have been collected into a searchable public archive at the University of California at San Francisco.

Nocino is a seasonal spirit made from local green walnuts. It's great on its own or mixed into cocktails like this one from former Cardinal bartender, Chris Resnick.