No Hops In A Gruit. This Beer Has Ginger, Honey, Rosemary 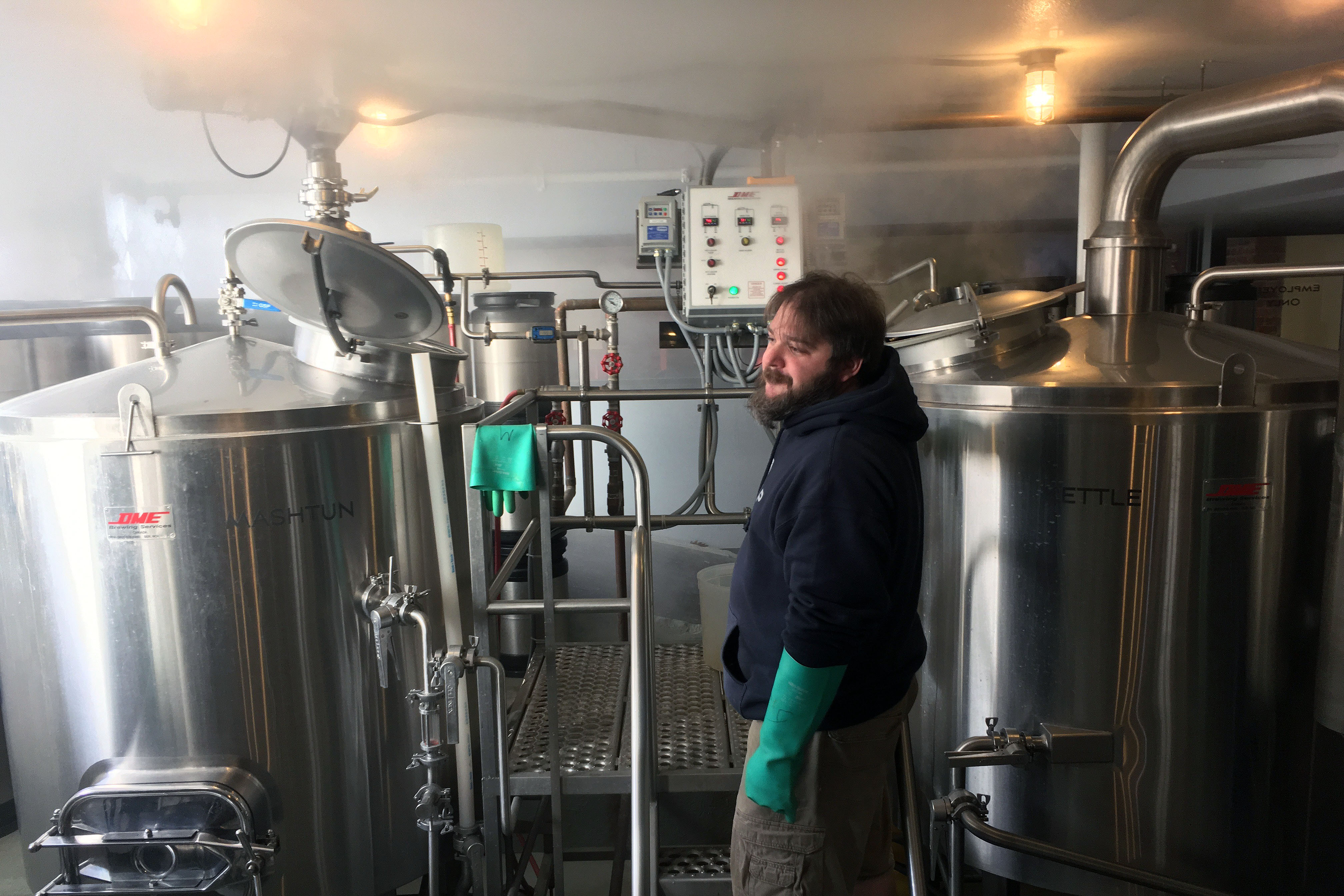 Gruit is a style of ale that doesn’t have any hops. "It was a modern term that was given to beers that would have contained things like mugwort, bog myrtle, wild rosemary or Labrador tea -- herbs that would be used for bittering in place of hops," says Jarrod May, head brewer at The Tap in Bloomington.

It's an old style of beer that some in the industry are trying to get brewers excited about. International Gruit Day was February 1. Jarrod took the opportunity to brew up his very first gruit.

This story goes back several weeks when we spoke with Candace Minster of the White Violet Center for EcoJustice. She was the farmer with all that ginger. Jarrod expressed interest in buying some of that young, potent local ginger.

"It was exciting to experience that and say, 'Oh yes, this is exactly what I’m looking,'" he says. "These are the bright, lemony, crisp ginger flavors I’m looking for. Not the ancient, mature ginger you find in the grocery stores, but something really vivacious and exciting to use and I know it’s going to create a really nice product."

The ginger is sharing the marquee with chamomile powder, local honey, some very aromatic rosemary and one additional local touch that we’ll hear about in a bit.

I went back to The Tap for a taste test three weeks later, and I asked someone with a vested interest in the brew to join me -- Matt Bochman, co-founder of Wild Pitch Yeast.

Matt’s yeast is the final local ingredient in the gruit. The company boasts a collection of some 300 different strains of brewing yeasts. Jarrod chose a yeast that Matt harvested from a serviceberry in his backyard.

"We got that in early spring 2014. It was a berry that had overwintered on the tree, and my son who wasn’t even three years old yet. He came out and was hanging out with his dad helped me do some citizen science and found it," says Matt.

Jarrod pulls us tastes of the gruit.

"I’m getting a lot of the wildflower honey flavor to come through and the chamomile tea," says Matt.

"There’s a lot of that bright lemon character that’s coming out of this just because it’s such a young baby ginger," adds Jarrod.

Jarrod has named the beer Arcane Wanderer. They have seven barrels of the brew that will be available while it lasts in both Bloomington and Indianapolis. Don’t worry if you miss it this time around -- he's so happy with how it turned out that he’s promised to make it again soon.

A War Over Words Erupts In The Dairy Industry

Dairy farmers say milk comes only from a mammal, which is backed up by longstanding FDA rules. The plant-based milk companies argue that foods amount to much more than their legal definitions.

California will be the first state to label the controversial chemical glyphosate, declared safe by the EPA, and "probably carcinogenic to humans" by the IARC.

Requiring Mexican growers to pay more for exporting their goods to the U.S. will only lead to higher prices for American consumers.

A coalition of food, farm and labor organizations wants the US Senate to block President Trump’s fast-food CEO choice for Secretary of Labor.