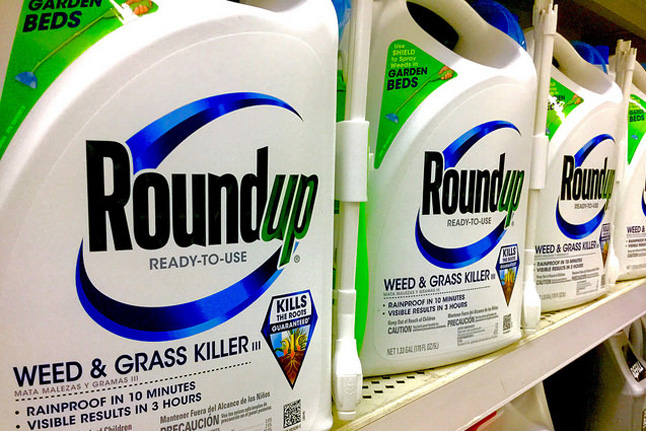 A California judge tentatively ruled Friday that the state will require Monsanto to label Roundup as a possible cancer threat to humans.

This week's ruling is a follow up to the first steps taken by the state in 2015, citing Proposition 65, a 1986 measure requiring states to publish a list of chemicals known to cause cancer.

But not everyone agrees that Roundup causes cancer. At the heart of the debate is the controversial chemical glyphosate, a colorless and odorless herbicide used to kill weeds while leaving crops and plants alive.

After reviewing dozens of glyphosate studies, the Environmental Protection Agency last year classified glyphosate as having "low toxicity" to humans. The agency declared it safe for use, and recommended people avoid areas sprayed with the chemical for 12 hours after application.

But the International Agency for Research on Cancer (IARC) - part of the World Health Organization - classified glyphosate as "probably carcinogenic to humans."

As Harvest Public Media describes, the discrepancy between the two agencies lies in their evaluation of "risk." The EPA's decision is based on the likelihood of cancer at normal levels of exposure. The IARC, on the other hand, wants to know if cancer is possible at any level â€“ including higher-than-average doses.

More than 6 billion tons of glyphosate has been used in the last decade, and about 290 million pounds of it per year in the U.S. alone. It accounts for almost a third of Monsanto's revenue.

California would be the first state to order Roundup labeling. Monsanto has already filed a lawsuit in response to this week's tentative ruling, saying the labels would have immediate financial consequences for the company.