Eggnog, Coffee And Chili To Warm Your Winter Days 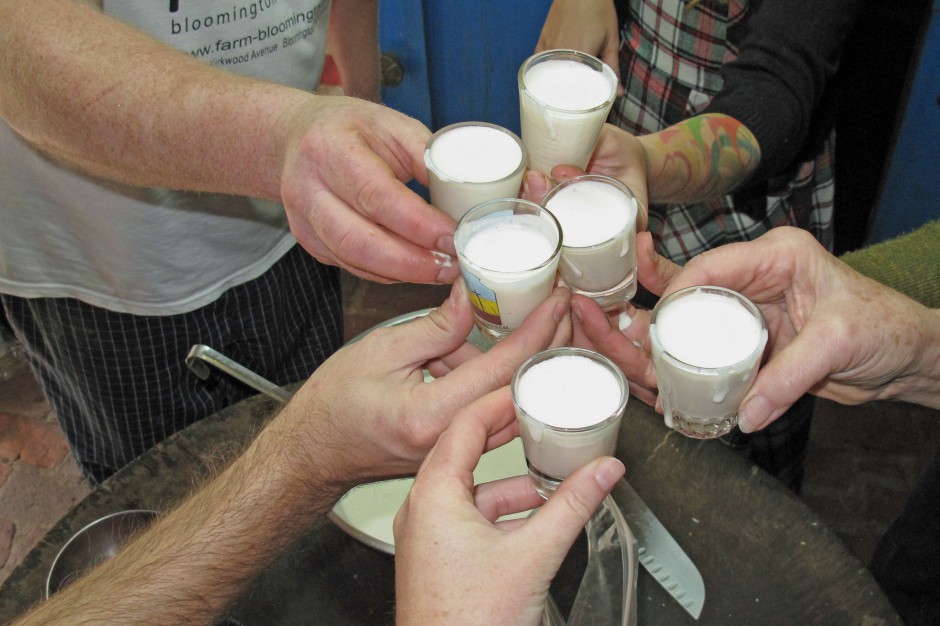 We like to look at the relationships behind our food on Earth Eats. A meal starts with the farmer; maybe it goes next to a chef; then to your plate. In coffee, you can add a couple more links in that chain -- farmer, to roaster, to barista, to customer. It's the partnership in the middle that we're interested in today.

Jane Kupersmith started roasting coffee beans in her house in ultra-small batches -- one bag at a time. Jeff Grant has worked as a barista in several shops over the years. Their coffee worlds collided, at first reluctantly, two years ago when they opened Hopscotch Coffee, a coffee shop with an in-house roastery. As Kupersmith describes it, their best coffee is always the result of collaboration:

We'll order a bean. We'll sample it and we'll think that maybe it will have a particular personality or go one way. Then it's just always fascinating to put something on the espresso machine and see how it comes out.

Then, author Liz Carlisle met Montana farmers who were moving away from monoculture and growing legumes like lentils and chickpeas. Her research became the book Lentil Underground: Renegade Farmers and the Future of Food in America. She speaks with Harvest Public Media's Amy Mayer.

In the kitchen, Chef Daniel Orr offers a chili recipe with some unusual ingredients, from pumpkin and lentils to a cup of the undrunk coffee that's been sitting in the pot all day. It also features bison.

And, we've been mixing up drinks in all our December shows. Today, enjoy a small glass of our decadent eggnog.

A proposal that would jumpstart the chicken business in Nebraska has some residents concerned about the potential impact on the environment.

Tainted Asian Seafood Continues to Find Its Way Into U.S.

A new report from Bloomberg says tainted seafood from China, long banned in the U.S., may be being re-routed through Malaysia to reach U.S. markets.

New research indicates that massive hog farms in North Carolina serve as breeding grounds for flu bugs before they jump from pigs to humans.