Tainted Asian Seafood Continues to Find Its Way Into U.S. 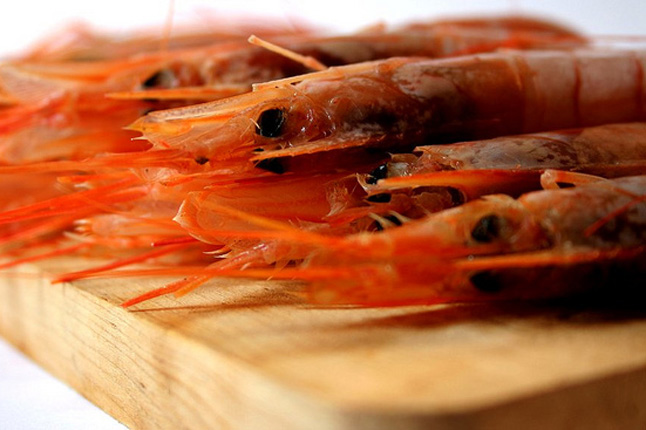 Most things are crowded in China, including farms. A country that has barely enough room for its people has even less room for its agri- and aquaculture operations, which often rely on - and exist right next to - one another. China is home to the world's largest aquaculture industry that accounts for almost 60 percent of the $90 billion global aquaculture trade.

Twenty years ago, the U.S. sourced most of its shrimp from the Gulf Coast. Now, it imports about 90 percent of the shrimp from South and Southeast Asia.

Fish and shrimp grown in China and other Southeast Asia countries have a rather unappetizing diet. In countries pressed for space, waste from adjacent pig farms is often directly recycled as a food source. And, of course, whatever goes into the pigs' system ends up in the system of the shrimp, and then later in the human who consumes it -- including antibiotics. Research shows that as much as 90 percent of antibiotics given to pigs pass through their urine and feces undegraded.

"People eating their shrimp cocktails and paella may be getting more than they bargained for," said Dr. Martin Blaser, a professor of microbiology and an infectious diseases physician at New York University Langone Medical Center in a recent Bloomberg article.

Colistin, for example, is a potent, last-resort antibiotic, banned for use in swine in the U.S. but used extensively in animal feed in China until November.

While alarming,Â antibiotic use in Chinese aquaculture isn't new, and the FDA has known about China's antibiotic problem for over a decade.Â InÂ 2007, the federal agency implemented anÂ import alert onÂ farm-raised shrimp and other kinds of seafood from China. The products are detained at ports untilÂ examined in a laboratory and declared free of antibiotics.

An examination of a third of random seafood samples collected in Shanghai from 2006 to 2011 showed that 43 percent of the samples harbored drug-resistant strains of bacteria. In November 2015, scientists reported the discovery of a colistin-resistant gene in China that can turn a dozen or more types of bacteria into superbugs, or bacteria resistant to all forms of existing antibiotics.

But the FDA's import alert and examination only applies to Chinese seafood, not products from other South and Southeastern Asia countries, leaving the door wide open for tainted Chinese seafood to arrive in the U.S. by being re-routed through other countries.

While there is no paperwork to connect tainted Malaysian shrimp back to China, Bloomberg's investigation led them to a man namedÂ Mohd Noordin, who is responsible for signing certificates of origin for products produced in Malaysia. He says the system is "based on trust."

An FDA alertÂ issued inÂ April calls for detainment and testing of all imports of shrimp and prawns from Peninsular Malaysia. But now that U.S. officials are on to Malaysia, they say the cycle will continue and Chinese seafoods containing antibiotics may start to arrive through countries like Ecuador.

Antibiotic resistance is responsible for about 23,000 deaths in the U.S. every year, and according to British data, about 700,000 deaths annually worldwide. That number is expected to reach 10 million a year by 2050.