How To Eat Malombo Fruit 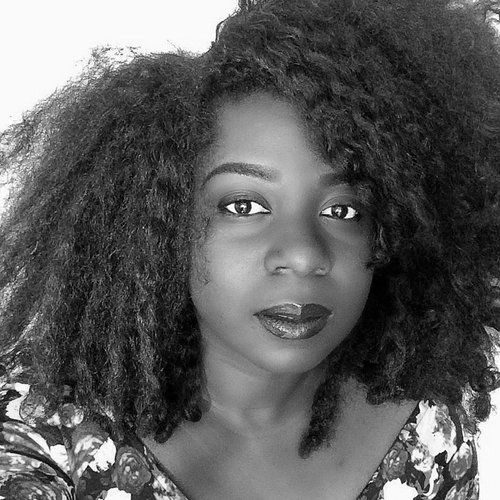 Today on Earth Eats, Poet Yalie Kamara reads "Eating Malombo Fruit in Freetown, 1989" from her chapbook When the Living Sing, out of Ledge Mule Press, 2017.

Yalie Kamara is a first generation Sierra Leonean-American and native of Oakland, California. She was selected by Woke Africa's Choice for 21 Best African Writers for the New Generation, she was a finalist for the Brunel International African Poetry Prize, 2017, and one of 10 nominees for the Brittle Paper Award for Poetry, 2017. Yalie's work has appeared in Vinyl Poetry and Prose, Entropy Mag and Amazon Day One. Her second chapbook A Brief Biography of My Name was released in 2018 as part of New-Generation African Poets Chapbook Box Set: Tano, Akashic Books /African Poetry Book Fund. Yalie Kamara was interviewed by Dave Torneo for WFIU's Profiles, and appeared on The Poet's Weave. Kamara completed her MFA in Creative Writing at Indiana University in May, 2018 and is currently enrolled in a doctorate program at The University of Cinncinati.

Eating Malombo Fruit In Freetown, 1989
In Sierra Leone, the saba senegalensis is called the malombo fruit.

My Uncle Sonny cupped the

malombo fruit in his palms.

Between his ebony hands, it

rolled on the dirt road for one

thousand years. He must have

noticed me trying to peel the fruit,

which is the first mistake anyone

makes when they have never

eaten it before. He squeezed it

until a little bit of it shot out of

my grandmother's floor. I loosened

a slippery knot of its tangy flesh

and placed it in my mouth.

Sweet and sour, it slid across my

the flavor before English, before

any new language pressed its

weight onto my tongue and made

an accent of my body. A stranger

to fruit with pits, that which I could

not chew, I pushed to the back of

The pit swam leisurely in my

laughed at my silent mouth and

bulging eyes--he told me not to

worry. Told me that before I had

the chance to die or become a

giant malombo fruit pit it would

On an early morning phone call

from Oakland, my sister still says

that this is her story, that her throat

was where the pit lodged itself,

and that Uncle Sonny had not l

was the dirt outside. That it never

happened to me, though I know it

so well, the breathlessness of a

thing being wedged in a place it

does not belong. We cannot

agree: the moment must be hers

or mine. When we ask our mother

who this keepsake belonged to,

she split the ghost fruit between

We tussle over a pit. We'd both

rather choke than have no story at