Wanted: Customers For All This Local Ginger 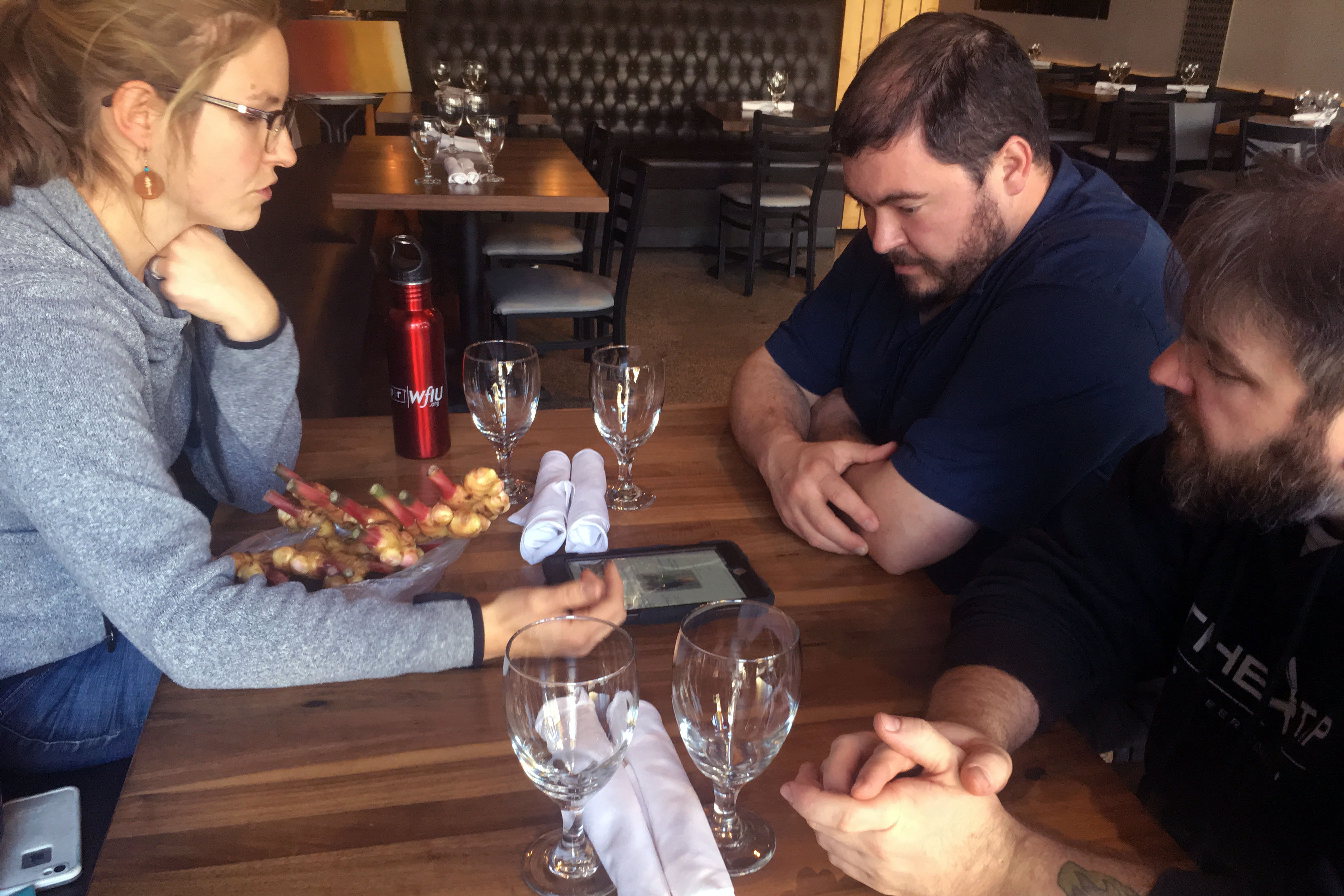 When talking about the food she grows, Candace Minster says she feels like a storyteller. She's the garden manager at the White Violet Center For Eco-justice. This year, her baby ginger has an especially interesting story.

We shadowed her at a meeting with a couple of local cooks to tell them what makes this crop so special.

"I've been calling today operation ginger," she says, and her home base is the trunk of her car. In the cooler is 13 pounds of baby ginger she harvested this morning. This is a fraction of the total ginger haul this season. She estimates there's 60 pounds still in the ground.

The thing about a ginger plant is its expansion rate. That means the final harvest can be 8-16-times larger than what you initially put in the ground. This is the first year Candace has grown ginger, so she wasn't expecting a 12-fold expansion. That's a pretty great return on a crop that didn't require extra resources.

"I didn't want to be buying a lot of things that I wasn't already using on the farm just for this one crop," she says "So, I amended the soil with compost, which we produce on the farm, as well as peat to lighten up some of the areas that were a little more full of clay. And then I fed it with fish and seaweed emulsion, which is a fertilizer I already use on the farm."

She also saw an opportunity with ginger to grow White Violet's wholesale business. But now she needs customers.

She set up a meeting with Chef Seth Elgar at No Coast Reserve. The head brewer at The Tap, Jarrod May also joined. She brought a couple hands of ginger as a show-and-tell.

"This particular variety of called Bubba Blue," she says. "With the little bit I've done with it, I've been surprised how quickly the bite mellows as it cooks."

Elgar adds, "As it cooks. But raw, it's fire." Then, he breaks off a piece and chomps down. "This variety taste different than the last baby ginger I had. It's very lemony and the heat it awesome. It's not enough to make your eyes water or make your nose tingle, but it's enough to light up your mouth."

She says that moment was another reason why she waited to find customers for the ginger until after the harvest.

"One of the things that I found is that it was a little tricky to go out and seek out customers without actually having the product there. It's a really striking plant, it's pretty to look at. And then of course what Chef Seth did which was just bit right into it," she says.

I asked her if playing the role of marketer was difficult. She said no. It's actually nice to step away from the field from time to time. "Honestly, I'm excited about it. I've fallen in love with the plant. I love what I do. I get excited about what we grow."

She left that meeting without selling any ginger, but it looks like there are possibilities for the future. Jarrod asked about buying a hundred pounds of pumpkin all at once. Candace said, oh yeah. She's got that product to sell, too.

Farmers Rely More On Agronomists In Down Economy

Midwest farmers are once again facing low commodity prices amid enormous supplies of corn, soybeans and other crops. Agronomists can give feedback and advice on where producers can cut costs and maximize profits.

Get Ready For Lower Meat Prices This Holiday Season

It typically takes a while for changes in commodity prices to reach grocery stores, but consumers are reaping the benefits of an improved situation for livestock producers.

Minimum Wage Fight Not To Blame For McDonald's Robots

Recent click-tempting headlines say the Fight for 15 movement caused McDonalds to replace cashiers with robots. Except it probably didn't.

A new study makes the case for using bee grubs wasted in honey farming as a protein-rich food source for the future.