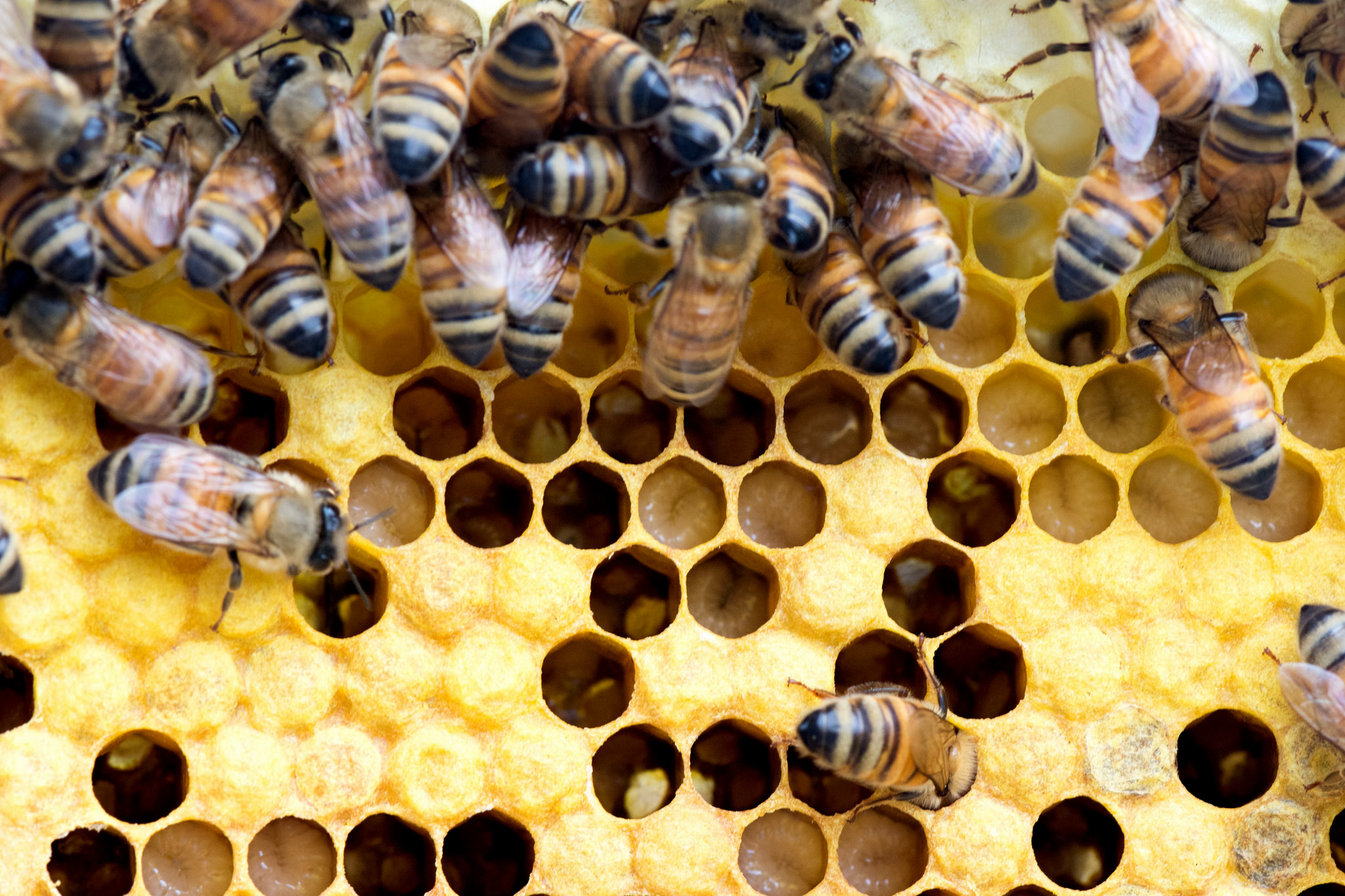 Bee researchers have published an extensive report touting honey bee brood as a source of protein to combat food scarcity in the future.

The study says brood, the pupae and larvae of drones, matches the protein content of beef by weight â€“ with far fewer resources and less space needed to produce it.

In fact, honey producers already remove brood to keep pests like the devastating Varroa mite in check, so at the moment it's an untapped and wasted food source.

The study experimented with various ways to raise, harvest and prepare the brood, which many cultures already treat as a delicacy.

"Honey bee brood has a nutty and slightly sour flavor with a crunchy texture when eaten cooked or dried," the study says.

The study also cited some challenges to overcome â€“ harvesting the little buggers from a comb is not so easy, and since larvae are fatty they can quickly go rancid if not handled carefully.

Delectable serving suggestions, developed by Ranee Udtumthisarn and the Nordic Food Lab in Denmark, include: