Minimum Wage Fight Not To Blame For McDonald's Robots 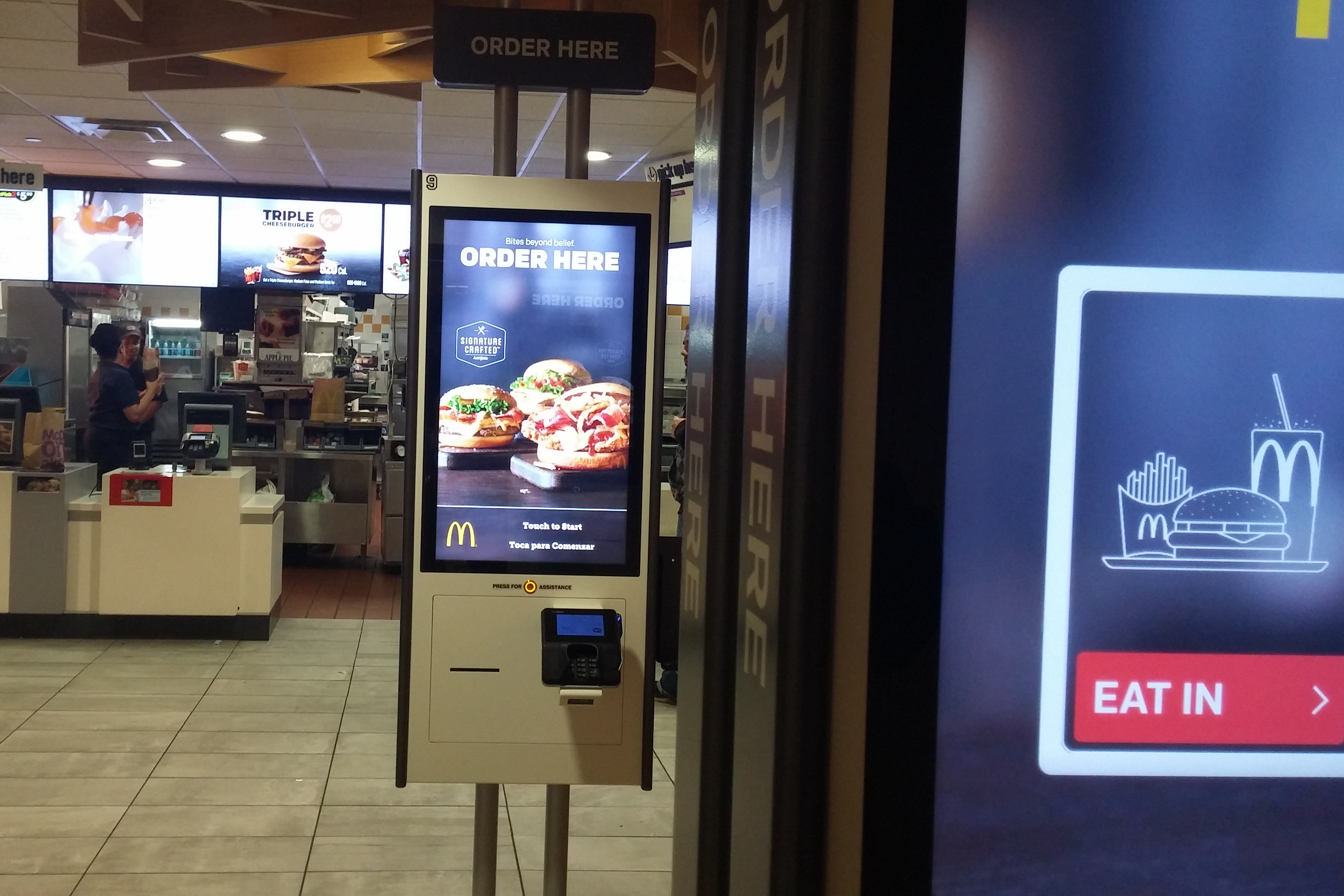 This week, former CEO of McDonald's Ed RensiÂ wrote an op-ed in Forbes blaming protesters who are demanding higher minimum wages for forcing the restaurant chain to replace workersÂ with automated kiosks.

The problem is, there's no evidence that one directly caused the other.

Browsing hundreds of tweets hash-tagged with #automation and #mcdonalds, a couple of common responses emerge. For those against minimum wage hikes, responses echoed Rensi's "I told you so" tone.

STUPID McDonalds protestors are only shooting themselves in the foot. $15 per hr Min Wage will lead to fewer jobs, more automation.

Much has been written to counter arguments that higher minimum wages cause job losses, including a statement from the U.S. Department of Labor, and a letter to congress from 600 economists saying that "the weight of evidence now [shows] that increases in the minimum wage have had little or no negative effect on the employment of minimum-wage workers, even during times of weakness in the labor market."

But on the pro-labor side of the fence, Rensi's blame-shaming op-ed is still clickbait, because it seems to support a counter-narrative: greedy corporations are sticking it to low-wage workers once again.

That corps are willing to pay billions to implement automation rather than give workers a living wage says it allÂ https://t.co/APinpOVdxO

Conflicting reactions to dubious claims offer an apt example in the national discussion about echo chambers and fake or misleading news.

Many restaurants, including Panera and other fast-casual venues, have been moving in this direction for several years.

McDonald's has talked publicly about self-service kiosks as far back as 2011, long before the Fight for 15 movement started gathering steam.

And none of the companies exploring these features have mentioned saving labor costs and cutting jobs. StatementsÂ have focusedÂ instead on customizing menu choices,Â adding table service and staff assisting customers at the kiosks.

In his op-ed, Rensi mentions that "it's striking to see employees who once would have managed a cash register now reduced to monitoring a customer's choices at an iPad-style kiosk."

Taking company statements about their own motivesÂ at face value is not best practice, but McDonald's words do not support links between kiosks and Fight for 15.