A Little Light Baking, With Challah And Paw Paw Bread 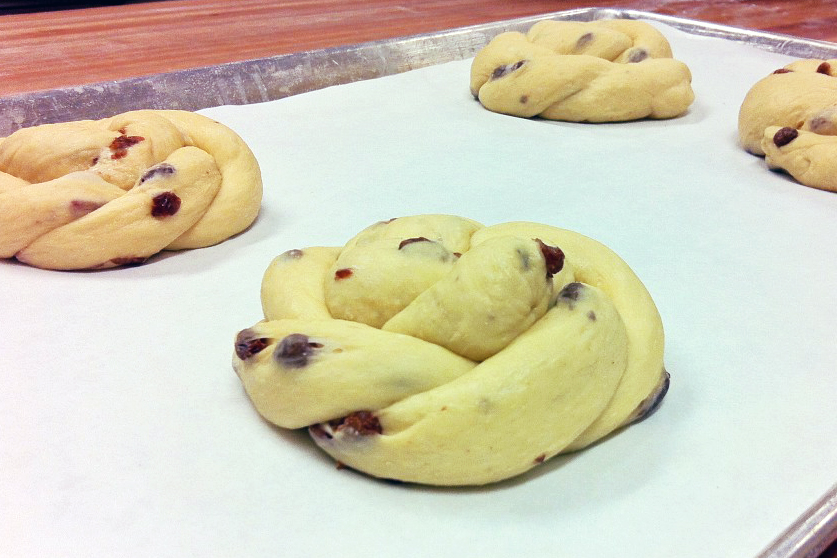 You eat challah on the sabbath and on Jewish holidays like Rosh Hashanah, which begins Sunday, October 2.

Eric Schedler of Muddy Fork Bakery is doing a special bake for the occasion -- fresh challah his customers can enjoy just hours out of the brick oven. Katie Zukof is part owner of Muddy Fork with her husband Eric. On today's program, he bakes the challah while she tells us how she views the tradition of eating the bread now that their two little girls are celebrating with them.

Also today, fertilizer from corn fields is leaching into groundwater and rivers. Levels of nitrates are so high in some places, the water is unsafe to drink. From Harvest Public Media's series Watching Our Water, we'll hear what some farmers are doing to turn things around.

My gramma and grandpa knew where the trees were, and on their walk home from school when it was paw paw season, they would eat these until they got sick.

Daniel Orr makes paw paw bread (to be enjoyed in moderation) and some okra pickles for the end of the season.

Planting cover crops and spoon-feeding fertilizer are two examples of farm technology that could cut into agriculture's contribution to nitrates in water. At this point, though, not enough farmers are buying in.

In The Face Of Uncertain Future, Ag Industry Titans Pair Up

The prospect of fewer, larger companies controlling so much of the basic food supply is giving some farmers and anti-trust advocates heartburn.

It's Indiana Banana season! Think of this recipe like a banana bread with paw paws instead.

We want to make these spicy, so in addition to red pepper flakes and smoked paprika, we're adding a generous dash of Sichuan peppercorns.