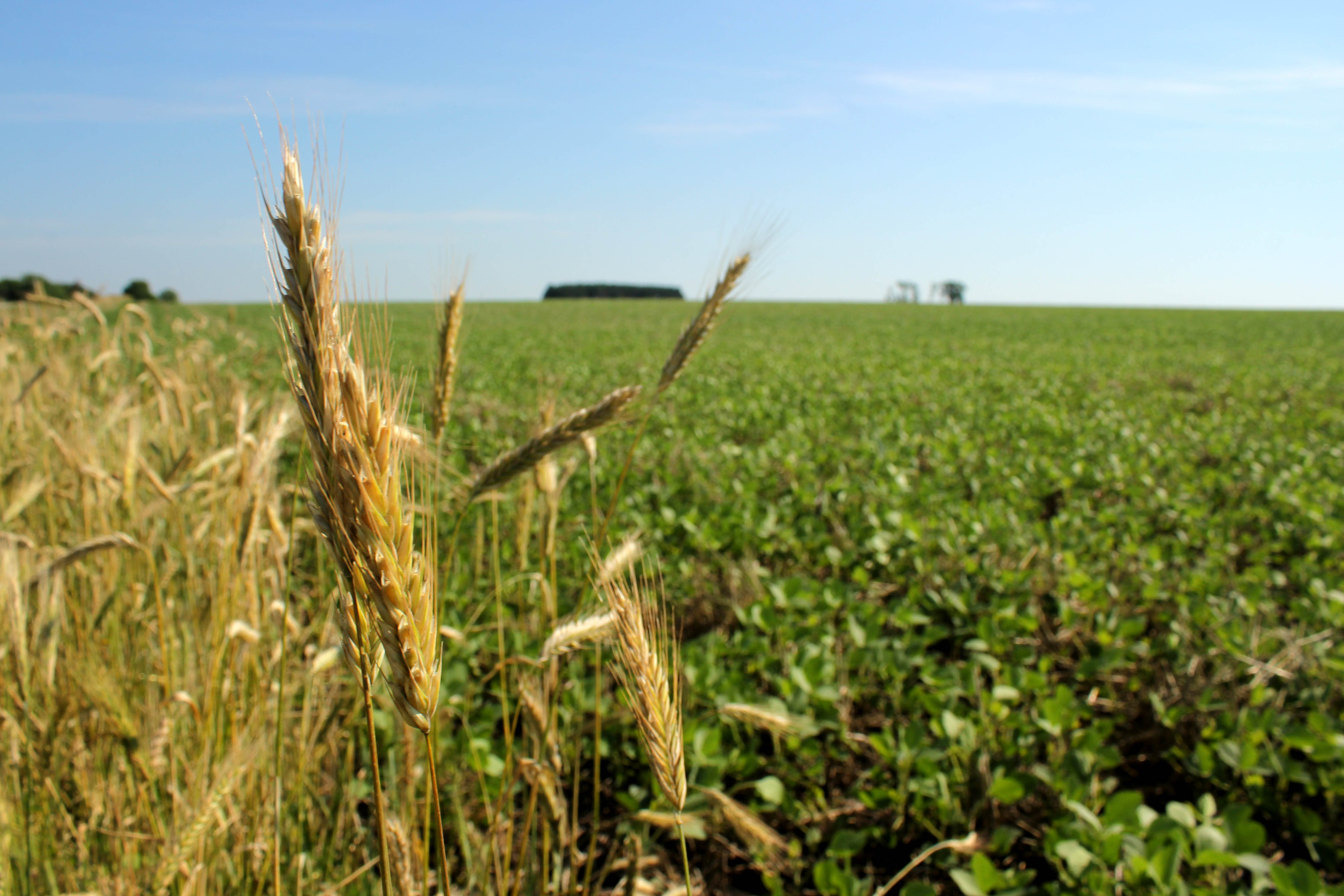 Living in the Platte River Valley in central Nebraska means understanding that the water in your well may contain high levels of nitrates and may not be safe to drink.

“When our first son was born in 1980, we actually put a distiller in for our drinking water here in the house,” says Ken Seim, who lives in the Platte Valley near the town of Chapman, Nebraska. “And at that time our water level was a 12 parts per million.”

Nitrates are formed when nitrogen, from the air or fertilizer, is converted by bacteria in the soil to a form that is more plant-friendly. Nitrates help plants grow, but can be dangerous in large amounts. The legal limit in public water systems is 10ppm. Some nearby wells, Seim says, contain nitrates at dangerous levels, two or three times the legal threshold.

For Seim, nitrate pollution in groundwater is a problem that feels personal, because he's a farmer. Seim and his sons grow about 1,000 acres of corn and soybeans, which means that some of nitrates in his water probably come from his farm.

“That really puts it in perspective of, we need to rein this in and get some management going,” Seim says, “because if we continue at this rate, what's our water going to be like in another 40 years?”

Corn fields can't grow enough feed for livestock and ethanol for cars without big doses of nitrogen fertilizer. And excess fertilizer, which leaves behind nitrates, is damaging water quality across the Corn Belt.

In states like Nebraska and Colorado, where the climate is arid and soils are sandy and porous, nitrates can leach down into the groundwater. The High Plains Aquifer, which provides drinking water and water for irrigating farm crops, shows many hot spots with high nitrates at levels dangerous to human health.

In other states with rich soil and plentiful rainfall, like Iowa and Illinois, nitrates run off of fields into streams and rivers. The city of Des Moines, Iowa, is suing upstream water districts because its water supply is so contaminated. Nitrates carried by the Mississippi River contribute to the ‘Dead Zone' in the Gulf of Mexico, an area the size of Connecticut that is inhospitable for fish and other marine life.

Nitrates can come from factories, power plants, city sewer systems, and even homeowners who put too much fertilizer on their lawns. But agriculture is a major contributor. Two-thirds of the nitrogen that lands in the Gulf is traced back to farms, corn and soybean farms in particular.

Some farmers are stepping up to address their part in nitrate pollution. Farmer Ken Seim is implementing two conservation methods he and other farmers hope will lessen their impact on downwater residents. Precision technology is allowing farmers to put less nitrogen on their fields, and conservation measures are helping to hold onto the nitrates that are already there.

Years ago, farmers would apply fertilizer evenly and generously across their fields. Some farmers figured that if some nitrogen fertilizer was good for their plants, more was better. That meant that some plants would get more than they could use, which left nitrates leeching into groundwater. Today, researchers at the University of Nebraska are studying how to “spoon-feed” corn with just the nutrients plants need.They call it Project Sense.

In July, a Project Sense sprayer made a test-run through one of Ken Seim's fields. As the sprayer rolled along, the sensors watched the rows of corn, measured how big and green they were, and calculated how much fertilizer was needed. The sprayer shot just enough fertilizer on the plants to push them through harvest.

Project Sense director Richard Ferguson says the objective is to be more efficient, to grow as much corn as possible with as little fertilizer as possible. When farmers are more efficient with fertilizer, he says, there are fewer nitrates left in the soil that can move into water.

Project Sense is still an experiment. But with the widespread availability of detailed soil and water testing, farmers already have ways to put on more precise amounts of fertilizer. Still, some nitrates are always left behind, threatening to trickle down into Nebraska groundwater or wash off into Iowa streams.

The second strategy farmers are putting into play can help with that. Cover cropping is a low-tech conservation method that can keep nitrates from getting away.

Cover crops like vetch, rye, kale, and winter peas grow after the corn is harvested, keeping live roots in the ground on farm fields. Noah Seim, Ken's son and farming partner, says his family plants cover crops because the roots control erosion and preserve moisture in the soil. But another effect of cover crops is that the roots hold nitrates on fields and keep them out of streams.

“If you're holding that moisture in place rather than just letting it go through, we know that we're doing a better job of holding everything in place,” Noah Seim says.

Planting cover crops and spoon-feeding fertilizer are two examples of farm technology that could cut into agriculture's contribution to nitrates in water. At this point, though, not enough farmers are buying in. Nebraska conservationist John Heaston says, for some producers, investing in new equipment or learning a new practice is like going on a diet.

“If I would just walk more I'd weigh less. It sounds really easy when you say it, but it's doing it,” says Heaston, who teaches farmers how to leverage ag technology for conservation benefits. “We have guys that lean into this stuff and they've got a ‘techo-lust' and want to learn this. Then you have other guys that, you know, are pretty sure the Internet is on computers.”

The U.S. Department of Agriculture occasionally surveys farmers on their practices. The most recent results, from 2010, showed farmers in the Corn Belt were the least likely to use cover crops, and had the most room for improvement on nitrogen management. Since then, these practices have become more popular, and studies suggest there is big potential for farm conservation. But nitrate levels in Nebraska groundwater and Midwest rivers suggest there is still a long way to go.

Farmer Ken Seim says public pressure to address water quality is not going away. And he realizes that if farmers don't decide how to fix the problem, perhaps the government will.

“If we won't be stewards ourselves, someone will have to help us be a steward,” Seim says.

Producers like the Seims are doing their share. But the effort across the landscape is inconsistent, and so far, so are the results.