An organization honored for collecting artisans' stories; a late local artisan with a storied past; and everyday stories that hover between fact and fiction. 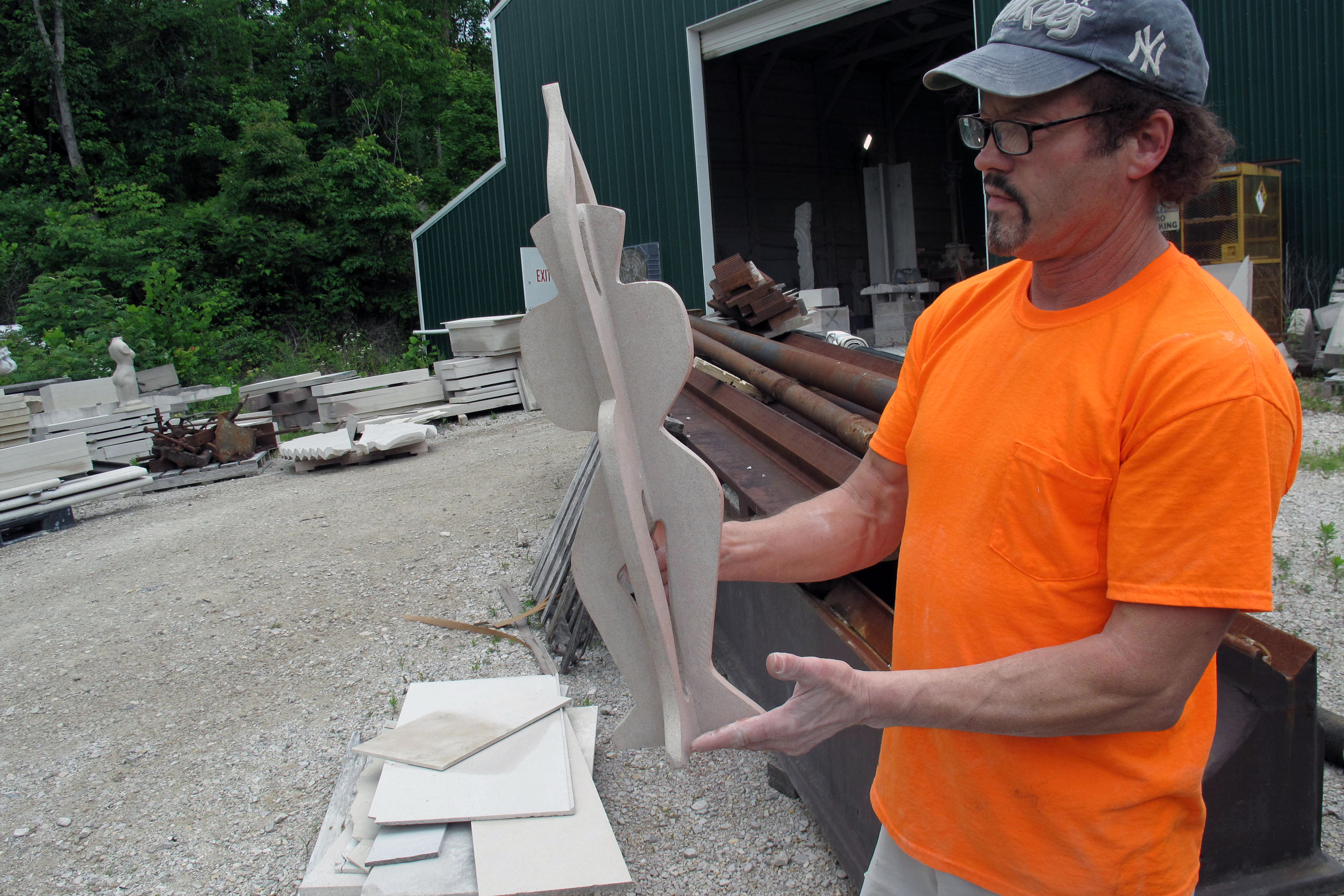 Bedford sculptor William Galloway displays a prototype of the limestone statuettes he has been commissioned to create for the 2013 Governors Arts Awards.

Traditional Arts Indiana receives a Governor’s Arts Award this month. We speak with Jon Kay, the director of the organization dedicated to documenting the work and collecting the stories of traditional artisans across the state.

Also on the program, we remember one local artisan whose work spanned the gamut from abstract oil painting to decorative restoration. Friends, family members and colleagues share their recollections of the late John Thom.

And we delve into an examination of storytelling itself. There’s a rumor going around about the Urban Legends class being offered this fall by visiting professor Kate Horigan; we check in with her to separate fact from fiction.

And finally, a visit to the studio of the limestone carver who’s making the actual Governor’s Arts Awards themselves–William Galloway of Bedford.

"When I came home from Korea in '54, John was about twelve," remembered James Alexander Thom. "We were not close, but I was aware that he was a talented kid."

TAI sends researchers around Indiana to speak with area creative types -- from weavers and instrument makers to casket builders and hoop net makers.

Limestone carver William Galloway's "Dancer" will be given to honorees at this year's Indiana Governor's Arts Awards.