Over the coming weekend, some of the top names in comedy and several talented locals are coming together to make south-central Indiana a very funny place. 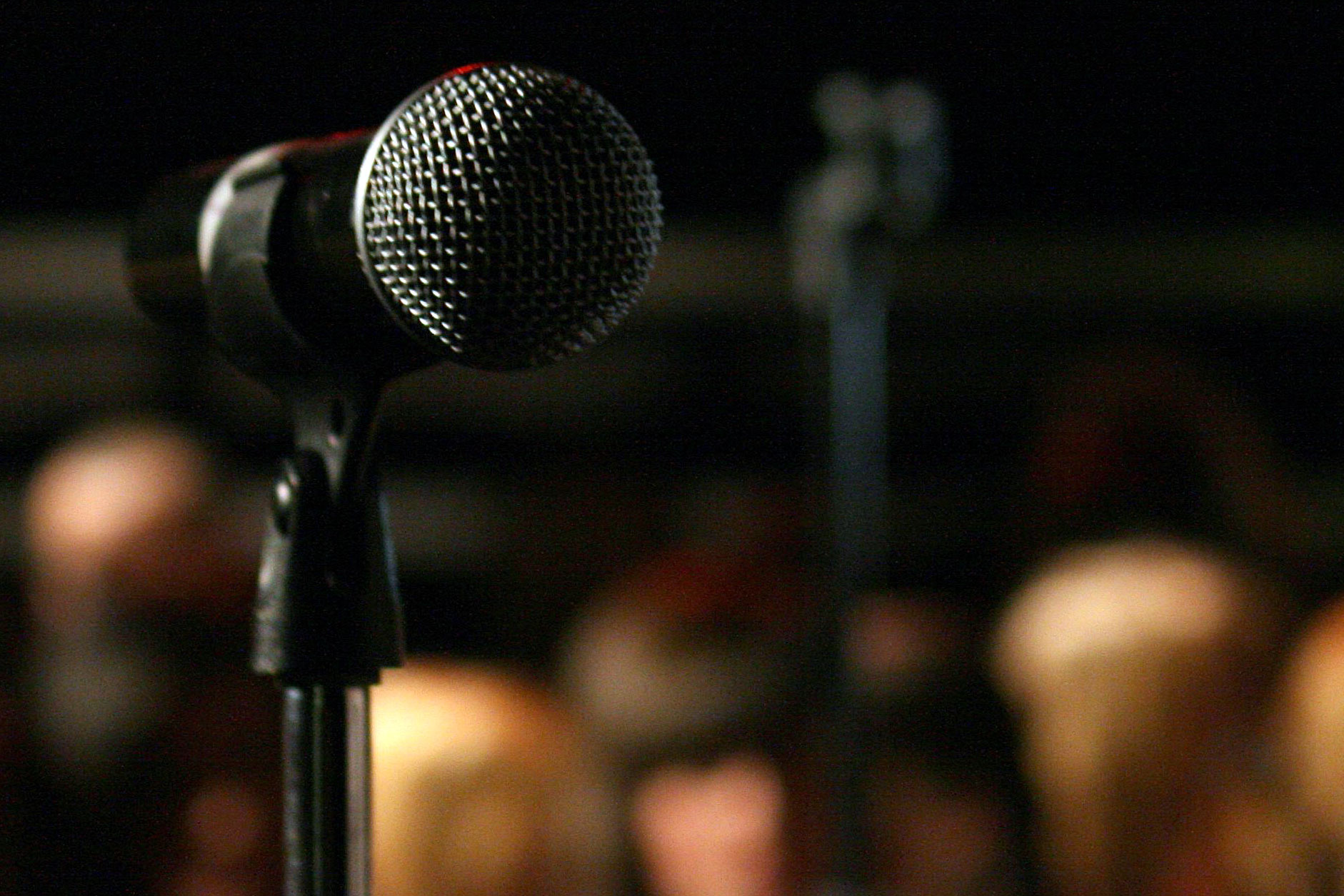 microphone in front of audience

One of the reasons why the Comedy Attic gets such good headliners is because our audience is really smart and they love comedy. They’re there to have fun, not to get drunk.

That’s Bloomington-based comic Josh Cocks. He’s one of several local comics who will be gracing the stage during this weekend’s Limestone Comedy Festival in Bloomington.

Tonight’s program is your complete guide to a three-day, multi-venue showcase of the contemporary humor scene that is bringing together national names and emerging talent. Along with Cocks, locals Ben Moore and Tom Brady share their stories about trying to make it as a comic in southern Indiana.

We’ll be shining the spotlight on headliner Maria Bamford.

And, comedy circuit favorite Stewart Huff explains how his show has changed in recent years and why he loves Bloomington junk shops.