Tessa Von Twinkle: It's All About The Rhinestones 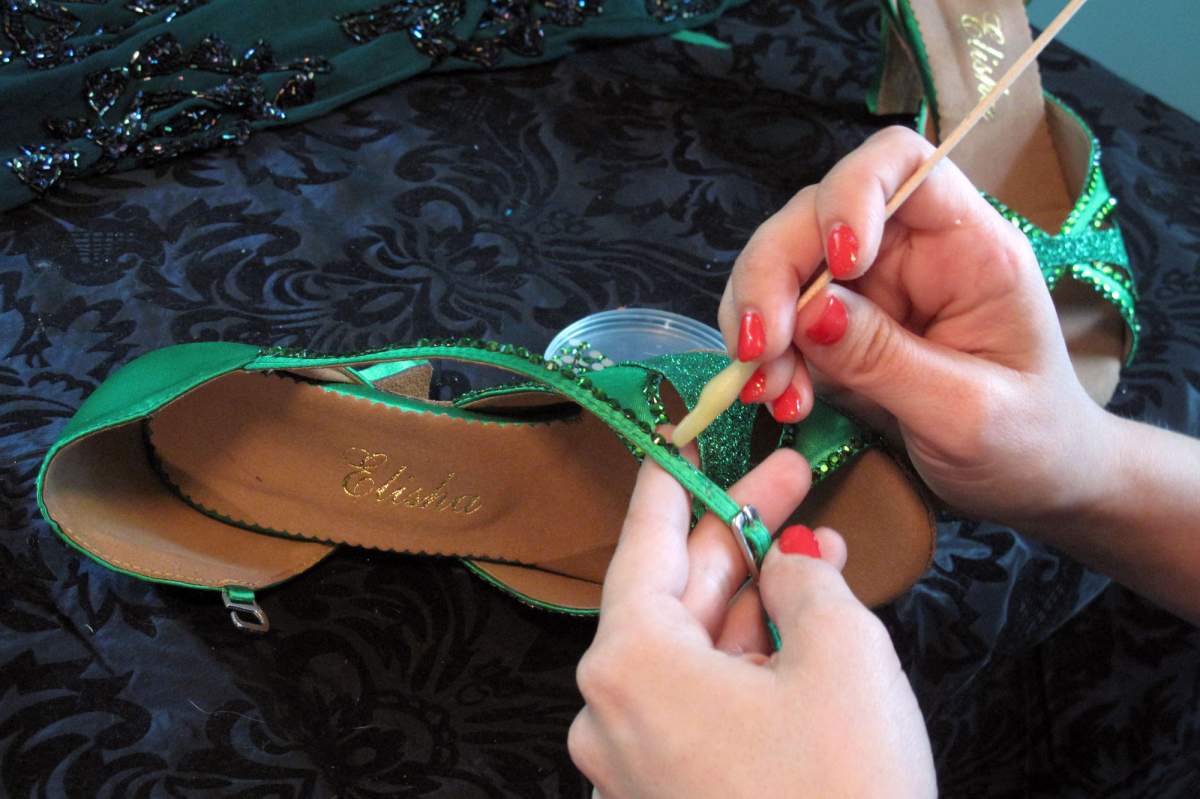 Tessa has turned a hobby into a lucrative side career and rewarding outlet for her creative impulses. She performs regularly in Indianapolis, Chicago and St. Louis and was invited to compete in last year's Viva Las Vegas Burlesque Competition.

For her, burlesque is about more than what happens on stage. She spends hours sewing, gluing and bedazzling her costumes by hand.

But Tessa only exists when she's performing. Every other moment of the day, her alter ego is a very normal person with a normal job and normal responsibilities. The transformation happens when she steps on stage, so don't try to interview her right before a show. "Of course I had two drinks and I was literally about to go on stage," she remembers. "And they were like, tell us what's your inspiration? I'm like, I'm inspired by rhinestones. It's awesome."

Rhinestones are all over her kitchen table today, which has been transformed into her costume making desk. A sequined dress is balled up next to a green feather boa. She just finished creating a headpiece of green and black feathers. Now she has some rhinestones in one hand and a plastic stick with adhesive in the other. A pair of green high heels is getting the rhinestone treatment.

And those rhinestones aren't cheap.

"Don't tell my partner, but the shipment of 144 rhinestones I just got in the mail yesterday was $120. That might complete my shoes and a bra and maybe a pair of gloves," she says.

All the money and time is worth it and almost a necessity because burlesque is all about creating a unique image.

"When you step on stage, you have to look like a completely different person, and if you look like someone that you would see walking down the street, then you're doing it wrong."

Origins Of An Artform

Tessa started doing burlesque in 2009. (And yes, she's not using her real name in this interview because she thinks it's important to maintain a distinct separation between real life and burlesque fantasy.) She participated in show choir and theater in high school, but she never found her artistic niche. Then she saw a video of a burlesque performer and she knew that was her medium.

Burlesque is an umbrella term that encompasses a variety of performance styles. It originally referred to any literary, musical or theatrical work that poked fun at serious art. At the turn of the 20th century in the U.S., burlesque meant comedy as well as female striptease. Some of today's performers have revived the glamor and spectacle of the American burlesque scene of the 1920s, ‘30s and ‘40s with a movement called Neo-Burlesque.

The common thread among all the varieties of burlesque is that a performer will generally enter stage wearing more clothing than when they leave stage.

Tessa started out in the neo-burlesque realm, concentrating on developing a character. In the past couple years, she's shifted to a classic burlesque style with its vintage costuming and focus on the tease. Four years of experience under her belt and it seems like she's hitting her stride.

It was the most freeing thing for me to finally grasp the fact that when I step on stage, I am not myself. I am Tessa, and Tessa can do whatever she wants to and she does.