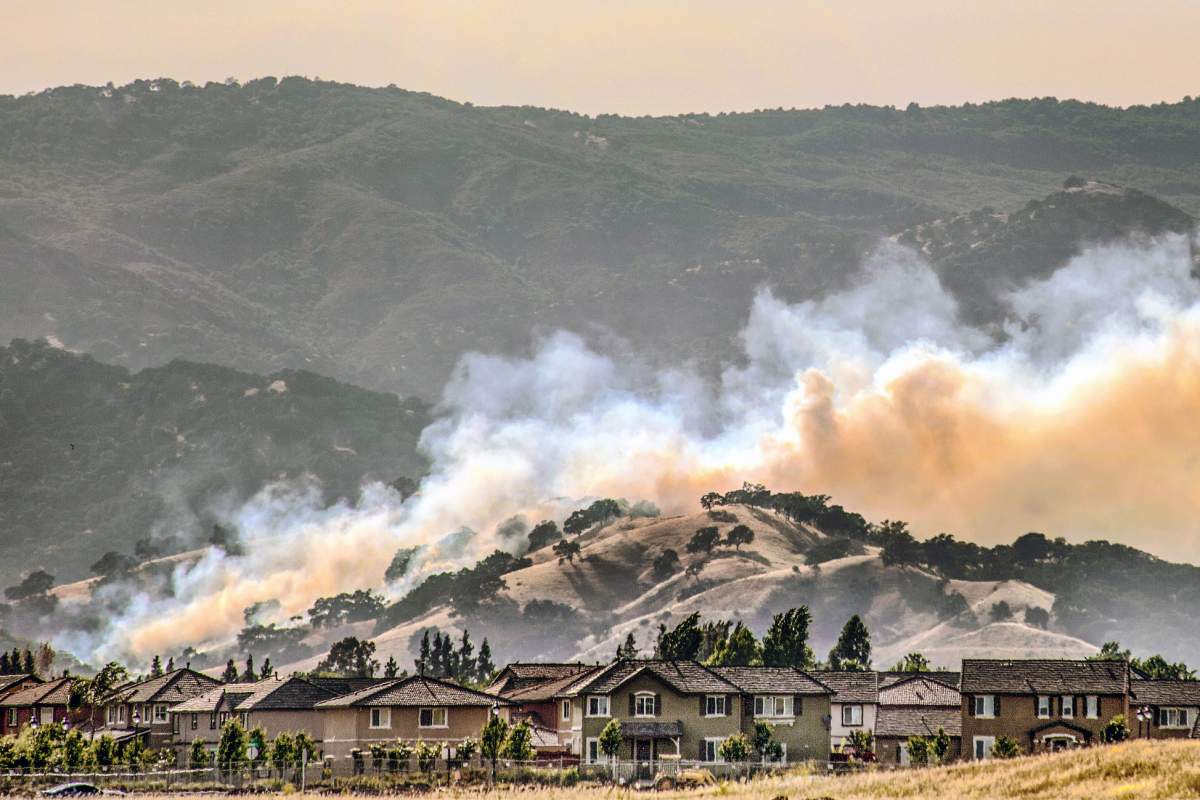 Approximately eighty percent of wildfires in the United States are caused by people. Eagle Creek is thought to have become the much bigger fire it has become due toÂ teenagersÂ misusing fireworks on a nature trail. People in Oregon and Washington are reporting an "ash rain" falling throughout the states.

As of August 7th 2018, California is experiencing its largest wildfire on record known as the Medocino Complex. It was originally two wildfires that spread far enough to join together, and at least part of is thought to have been ignited by a stray spark from someone using a hammer. Now that the fires have joinedalthough they were always being treated as one eventit's nearing 300,000 acres. Or, as one source put it, you would now have to drive three hours until you reached a location that did not have a wildfire.

For a wildfire to form, there needs to be three ingredients: a heat source, fuel, and oxygen. It can be hard for people to remember that the nature surrounding them-brush, prairie grass, trees-are excellent fuel for fires, especially in the right weather conditions.

Weather For A Wildfire

Drought conditions where soil no longer holds moisture that can make it harder for a blaze to take hold make it much easier for a wildfire to start. It might also seem counterintuitive for some, but high winds can also help a fire to spread.

Wildfires aren't a situation where a strong burst of wind, like when you blow out your candles on a birthday cake, will blow out the fire. Strong winds, such as the santa anas in California, give wildfires an oxygen supply. These winds can also keep the air dry and that can also keep the fires going for longer.

In some extreme conditions, a wildfire can produce a fire whirl. Fire whirls, which are also occasionally called fire tornadoes or fire devils among other terms, tend to only last a few minutes.

They are not formed in the same way tornadoes are, but are formed by hot air rising from the ground. As more and more hot air from the ground and from the surrounding fires gets pulled into the air, it rotates. Added into the mix are burning materials.

While wildfires are devastating, they are sometimes part of an ecosystem's necessary life cycle. These fires destroy disease that can have begun to plague the trees, burnt down brush allows the necessary light to reach usually shaded forest floors, thus allowing the plants that live there to thrive, and the fires also return nutrients from dead plants and decaying animals to the forest's soil.

The majority of the United States is vulnerable to wildfires. One easy way to protect yourself and your home is to pay attention to weather reports with fire advisories. Heed the recommendations, such as forgoing having a bonfire, and being careful about your use of flammable materials.

You can also check to see what your state or city recommends for fire hazard reduction. For example, some cities in California ask their residents to have their homes 200 feet away from brush. This distance gives firefighters a greater chance to save a home.

Ready.gov and the Red Cross urge people to keep an emergency preparedness kit in their homes, in case of a wildfire. Even if you don't live in a place that regularly has fires like the Western United States, as climate change continues to bring high, dry heat to different areas, it's in your best interest to be prepared.