Your Phone And Computer Screens Are Keeping You Awake 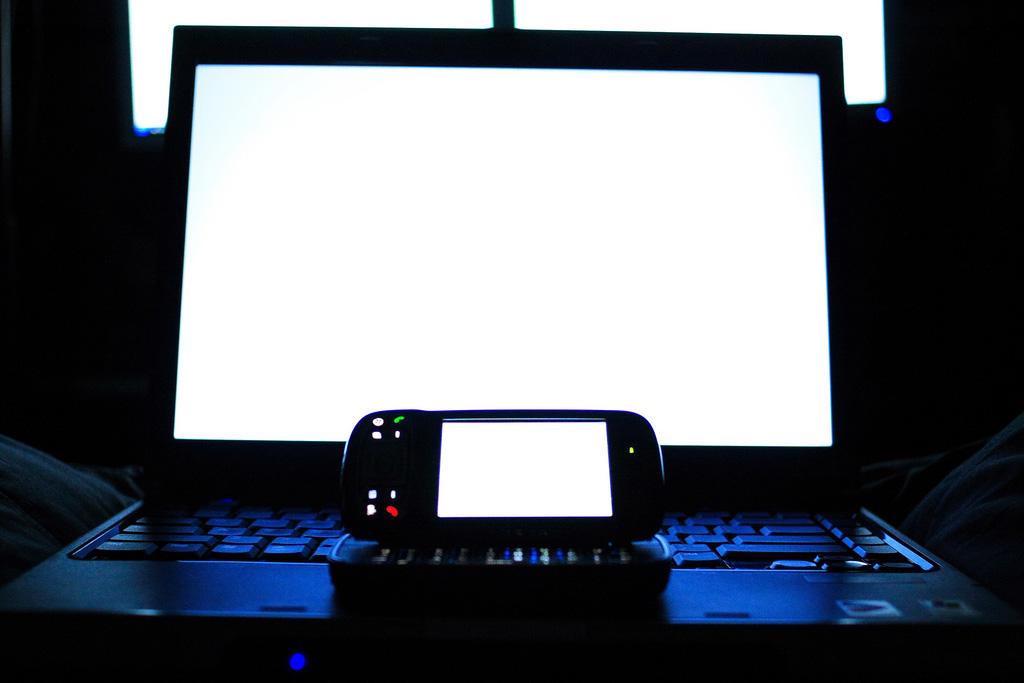 Lately, it seems like everyone I know has the same problem: When it's time for bed, they don't feel sleepy.

While there can be many reasons for why someone's sleep schedule changes, including aging, researchers have identified a potential cause as artificial lighting, and especially the computer and phone screens that play an ever-present role in twenty-first century life.

Light And Your Body

There are cells in the retina of our eyes called intrinsically photosensitive retinal ganglion cells. They respond to the overall level of light, and are especially sensitive to the short light wavelengths we often experience as blue.

When light levels are low, the cells indirectly trigger secretion of the sleep hormone melatonin. Computer and phone screens produce blue short-wavelength light, and trick the retinal cells into thinking it's daytime.

A team of University of Houston researchers found that study participants who wore orange-tinted goggles to prevent exposure to bluish light before bedtime showed much higher levels of melatonin in their nighttime saliva than those who didn't. Screens are big part of the problem, but indoor lighting, street lights, and car headlights contribute to the problem too.

If you're someone who doesn't want to wear orange-tinted goggles every night in an attempt to get better sleep, there are other options.

There are applications for phone and computer screens that remove blue light from your screen, and gradually add an orange tint as bedtime approaches. Experts also recommend that you shut down your devices, dim the lights, and maybe read a book the old-fashioned way before bedtime.

Thank you to Gianluca Tosini of the Morehouse School of Medicine for reviewing this episode's script.