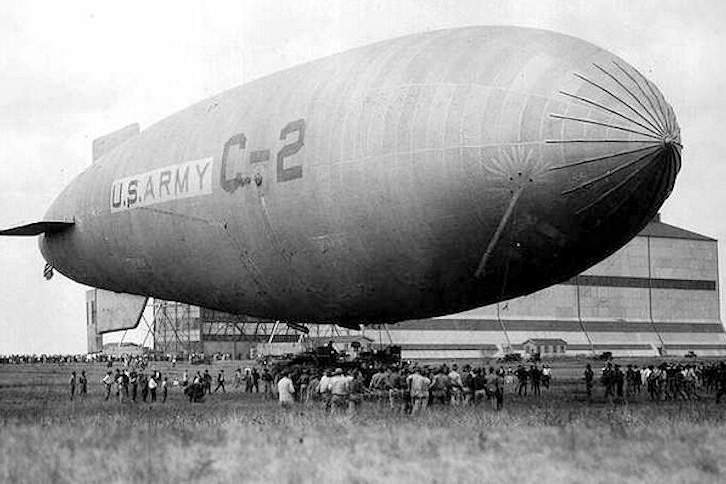 Why is it that you can't put down hydrogen gas? If you had a big balloon full of hydrogen gas, like the first gondola balloons pioneered in 18th-century France, you'd find that it rises in the air quite dramatically.

You know that a piece of wood will float in water, right? That's because the wood is less dense than the water. When you're in a buoyant medium, having a lesser density than your surroundings means you'll float. Something with greater density than water, like a stone, will sink.

Now, air also has the quality of buoyancy. Anything less dense than the air will rise, just like a piece of wood held underwater and then let go. Hydrogen gas is only about one fourteenth as dense as air. So up it goes! In fact, it rises with such force that it can even haul up a huge balloon, with a gondola and riders!