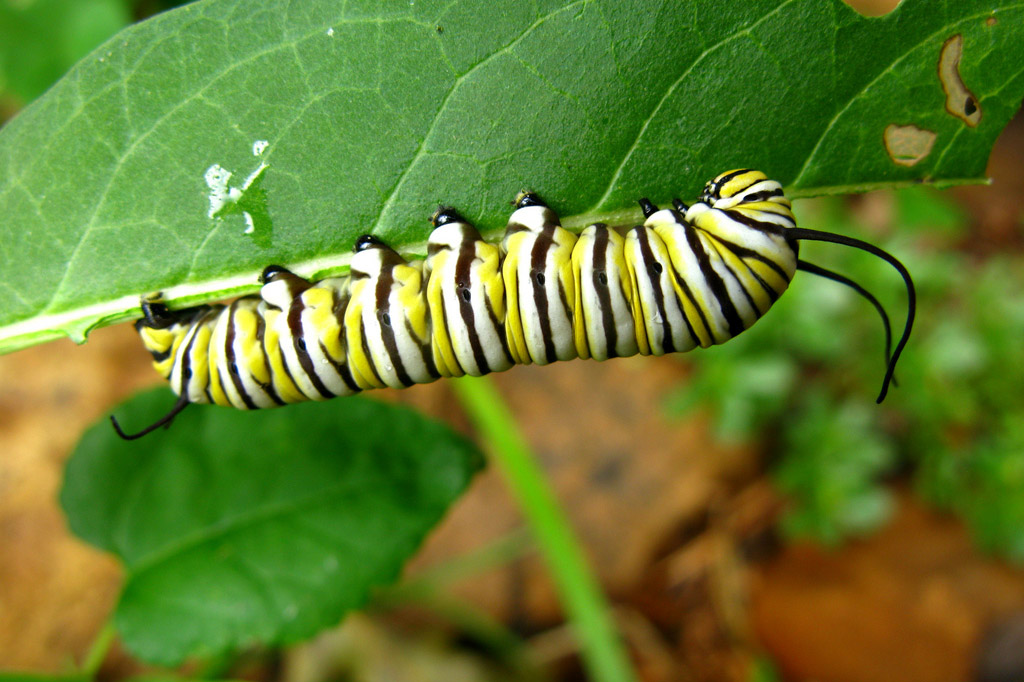 Imagine this scenario. You're a plant, and a butterfly lays its eggs on you. What do you do?

You may think that plants are too rooted to do anything, but they aren't as static as you think they are.

In fact, some plants are so tuned into their predators that they know exactly what kind of insect or animal is munching on their leaves.

Insects and the plants they eat are in a cycle of adaptation.

This means that individual plants can also adjust their physiology in response to their current conditions. So they may release substances that are toxic to the particular insect, adjust the ways they look and smell, and even adjust their growth patterns.

This can work both for and against the other species, depending on whether the plant needs its help. For example, plants being attacked by an insect might release scents that attract the predators of that insect.

The insects do adapt in return. For example, they may adjust the balance of enzymes in their stomach in order to better digest the plant.

It's like the plants and the insects are engaged in some elaborate arms race. This ability to adjust to specific conditions means plants and insects can activate specific defenses based on their specific needs instead of spending all that energy trying to defend against anything and everything.