Tutankhamun And The Incan Ice Maiden 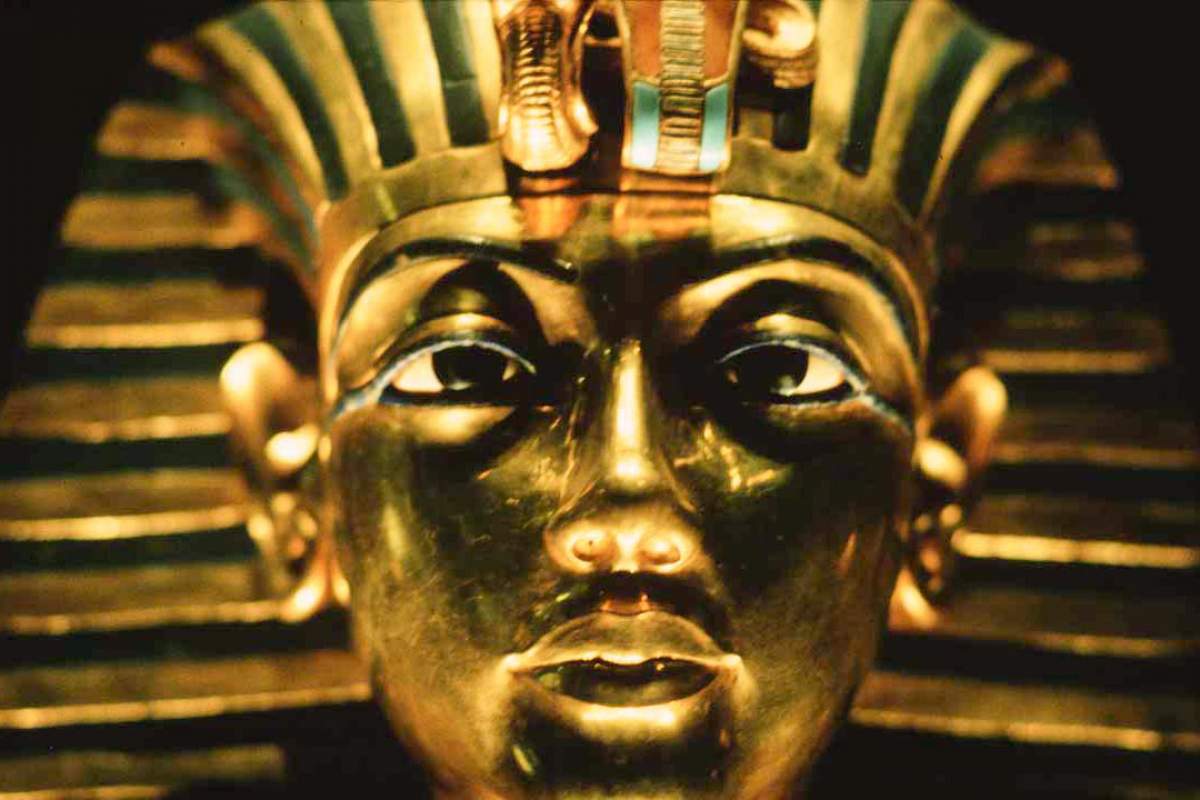 When someone says the word, mummy, what do you envision? In a lot of American pop culture, its a figure wrapped in bandages, it has been cursed and/or is out to curse other people. Or they're kids in last minute Halloween costumes, swaddled in bandages and toilet paper.

Some of the most famous mummies in the world are housed in the Valley of the Kings in Egypt. In the early 1900's, there were many European expeditions to Egypt, where people hired teams to explore the tombs. These made the tombs and Egyptology in general (the study of Ancient Egyptian religion, language, and texts) gain more prominence.

Mummies can help people learn a great deal. An intact mummy in a tomb can help us learn more about the culture they belonged to, it can help us understand preservation techniques, as well as how decomposing human bodies interact with different environmental factors, among many other things. Read on to learn about some of the most famous preserved people found so far.

King Tut was an Egyptian Pharaoh who died in ~1322 BC. While we still don't know how he died (the question is a persistent one because despite being king, he was only a teenage when he died, and was only a small child when crowned), scientists have made significant discoveries from what was found in his tomb, KV 62.

For example, he was buried with what people today, including the A Moment of Science podcast call a space dagger, a dagger made with iron that came from a meteorite.

Examining King Tut's remains and chamber also showed that there wasn't a static method for the mummification process. What we consider the average man-created mummification process in Egypt, was for the majority of organs, including the brain and intestines, to be removed from the body. Only the heart remained because according to ancient beliefs, it needed to be weighed and examined in the underworld.

Tut's remains are unusual; recently, Salima Ikram, a professor of Egyptology, theorized he was made to look like the Egyptian God, Osiris in death. His body was covered in a dark oil to make his skin appear closer to the God's. His heart was taken away to reference a myth told about Osiris. Even the appearance of his penis was altered to make Tut evoke Osiris.

In South America, the Incan empire once thrived. While not nearly as much is known about the Incan cultural practices as those in Ancient Egypt, scientists have discovered that at one point, the empire did engage in child sacrifices known as capacocha.

One such sacrifice is now known as Juanita, also known as The Ice Maiden and Mummy Juanita. There are some different theories surrounding why Juanita was sacrificed, but many think she was an offering to Mount Ampato, a volcano in the Andes mountains. Some other sources think she was an offering to a specific Incan goddess: Pachamama, the mother of time and the earth.

Her remains were found in 1995 in the Andes Mountains, and upon discovery, were the most well-preserved remains from the Incan empire.

Studying Juanita and what she was buried with has added much more to our understandings of Incan cultural practices. Based on a hair sample taken from her remains, we now have a greater understanding of what she ate during the last years of her life. Juanita consumed coca, an alcohol made of maize, and what was probably llama meat.

For those studying Incan culture, these findings corresponded to things written down in ancient texts. Coca leaves (a plant which is used now to create cocaine) and alcohol were thought to bring about what were then thought of as "spiritual states."

The better diets of added llama protein reinforces the idea that these children went through a religious process that ended with their deaths high up in the mountains, and their subsequent burials in the surrounding snow.

What makes Juanita so scientifically interesting is that at the time she was found, all the Incan mummies found were desiccated. A kind of gross way to describe the differences is that these other mummies were freeze-dried, so think of the texture of the dried fruit you can buy in the grocery store. It's possible with most of the fruits to tell what they once were, but they are different in many ways because of the desiccation.

Juanita was almost entirely frozen. This means that when she was found, many of her organs, her clothing, even her last meal was preserved. All of these things were able to happen because of a rare combination of environmental factors created by the mixture of volcanic ash and ice.

The Maiden and the two other children found next to her are still so well-preserved and well-maintained that scientists have been able to study them using mouth and lip swabs. In 2012, a study was published that demonstrated how information gathered from these mummies could be used to give today's scientists a greater understanding of the diseases that afflicted members of the Incan empire.

Next week, The Lady of Dai and other famous mummies.