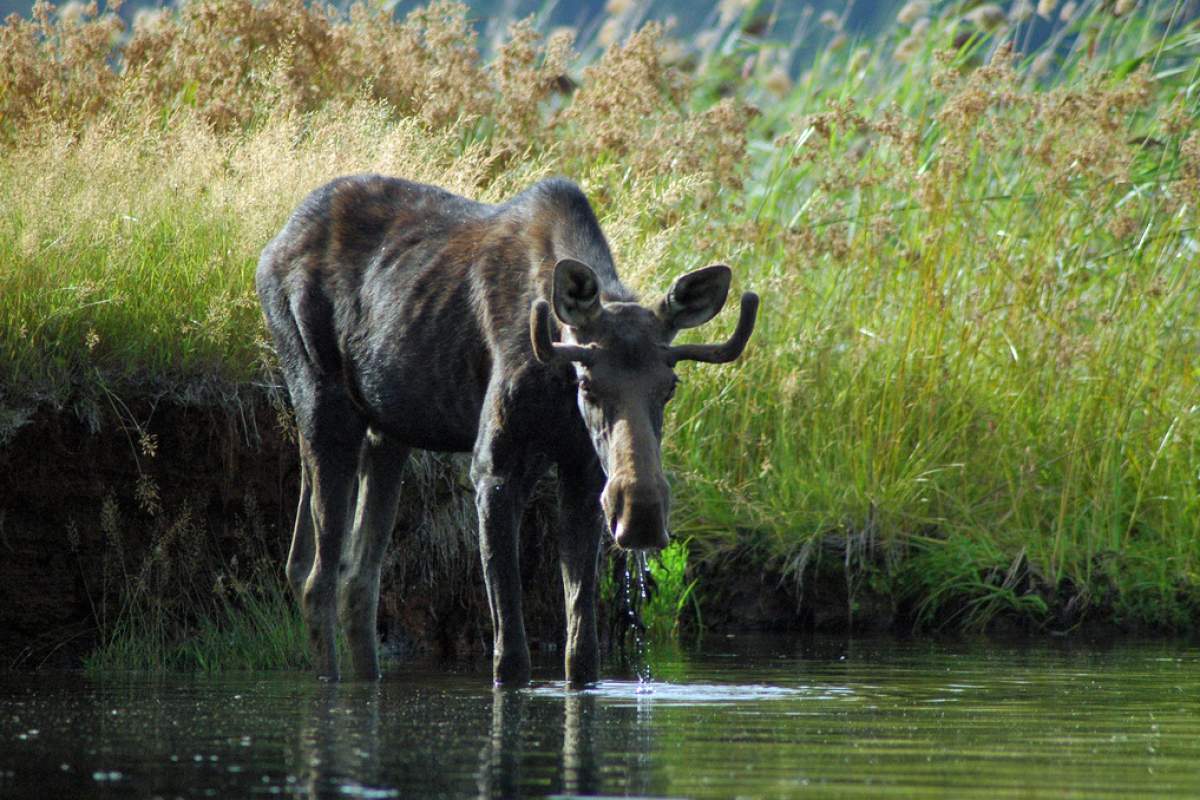 It's easy to tell, even at a glance, that people and moose are pretty different. Moose, at least males, have big, wing-shaped antlers. People have no antlers.

Despite their salad only diet, moose can weigh as much as 1400 pounds. Even the largestÂ humans top the scales at only around 1000 pounds. The list goes on.

In some ways, people and moose are similar. For example, both suffer from arthritis, a word used to describe the many different kinds of inflammation of joints and joint disease.

How and why moose develop arthritis may be able to give an insight into how it works in humans.

Researchers working in Michigan's upper peninsula have been studying moose there for decades. And one thing they've found is while arthritis in moose is partly genetic, it's also triggered by their environment.

Specifically, the researchers have observed that moose who suffer from arthritis seem to have not had access to proper nutrition early in life.

For example, some may have been born during a drought when there weren't enough berries and other plants to eat. Whatever the case, even if those moose had plenty to eat later on, early nutritional deficits may have resulted in an adult life of aching joints.

The takeaway for scientists who study arthritis, and doctors who treat it, is that even what people eat as infants may lay the foundation for chronic arthritis and other health problems later in life.

And thanks to the moose, those scientists are also beginning to better understand the diets that could lower those risks.