Y: Why did you stop running? We’re not even halfway through the marathon.

D: It’s pointless. There’s no way I can make it all the way to the end.

Y: Not with that attitude.

D: It’s not just my attitude. I really am a terrible runner.

D: So our attitude might affect us more than our genes do? Maybe there’s still hope for me. 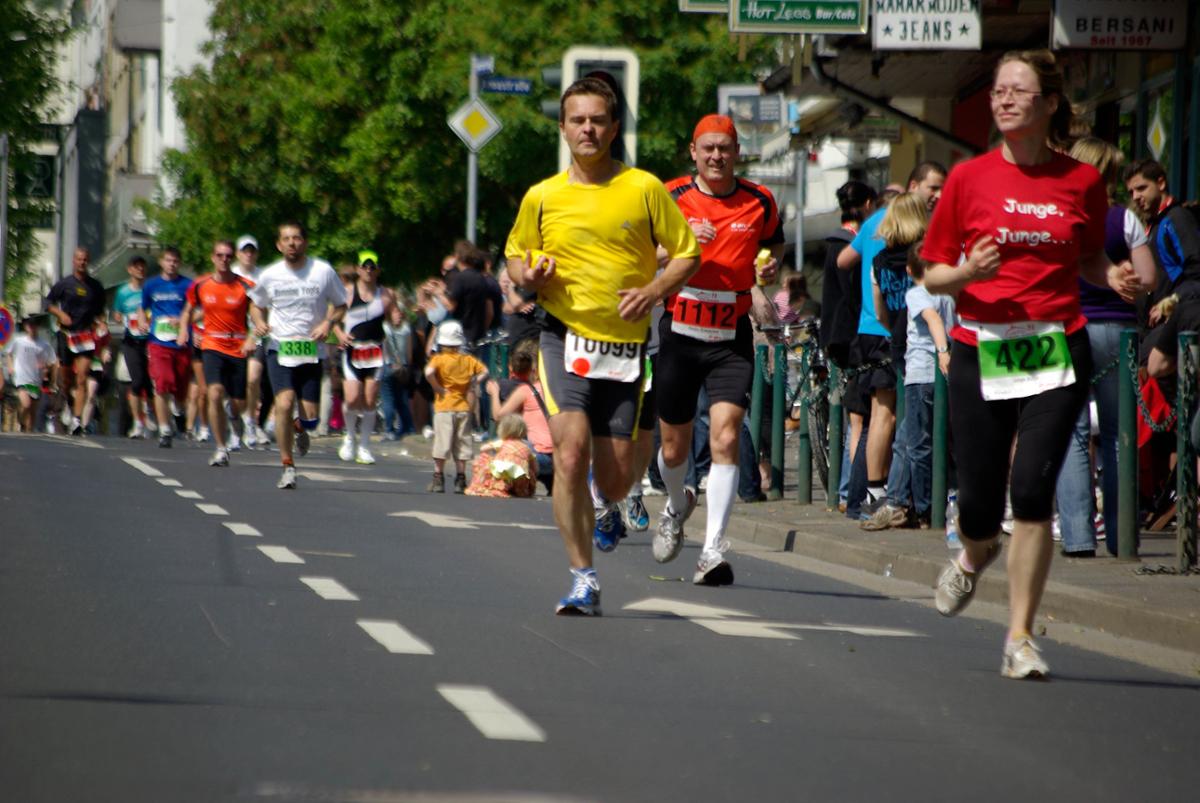 Your attitude can help get through a physically difficult task, like running a marathon. (Jens Naehler / flickr)

At the beginning of a marathon, completing the whole race can seem daunting. Then you might hit a wall while running and start thinking it's pointless. There's no way anyone could make it all the way to the end.

Not with that attitude.

Your running technique of course plays a role, but our attitudes affect our bodies more than you think. In an experiment, researchers tested participants for gene variants that affected endurance during exercise, and also had participants take a treadmill test. A week later, half the participants were told they had the low endurance variant, and the other half were told they had the high endurance variant—not based on what their tests showed, but on which group they had been randomly placed in. Then, they took the treadmill test again.

The researchers saw this pattern repeat when they did a similar experiment with a gene that affects how full we feel after eating. Some of the changes in how peoples’ bodies reacted after they were told they had a certain gene variant were larger than the differences between people who actually had the different forms of the genes.

So our attitude might affect us more than our genes do? Maybe there’s still hope for that marathon.