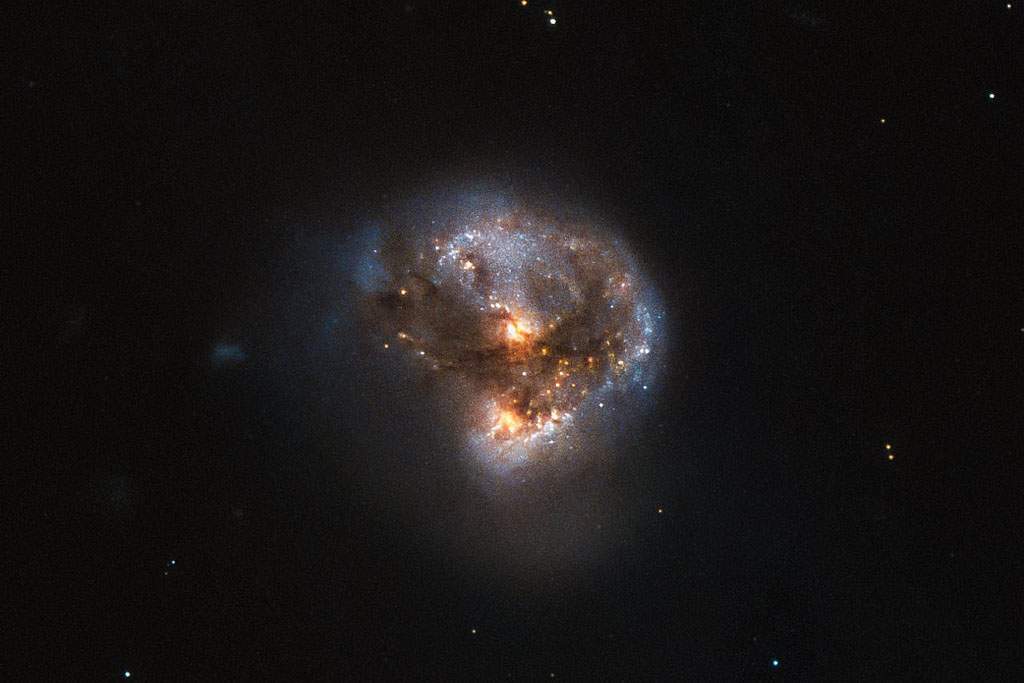 Have you ever heard of a megamaser galaxy? Maybe a better question is: do you know what a maser is?

Not A Misspelling Of Laser

Masers are objects that emit microwaves the way lasers emit light. Unlike lasers, though, masers can occur naturally in space.

We even have some in our own galaxy, the Milky Way, but they're nowhere near as powerful as megamasers, which are about one hundred million times brighter. Recently, the Hubble Space Telescope captured some images of a megamaser galaxy that are really stunning.

It's called IRAS 16399â€‘0937, but for the purposes of this post, we're going to keep referring to it as "the megamaser galaxy" for short.

Well, one interesting discovery the images showed us was that the galaxy's core has a double nucleus: the galaxy has a black hole and a starburst region at its center. The starburst region is forming new stars all the time. And the black hole is about one hundred million times the mass of the sun.

They're only about eleven thousand light years apart. That sounds like a lot, but considering the size of the galaxy, they're actually so close together they're interacting and in the process of merging.

The whole galaxy, by the way, is about three hundred and seventy million light years away from ours.