Hills In The Ocean 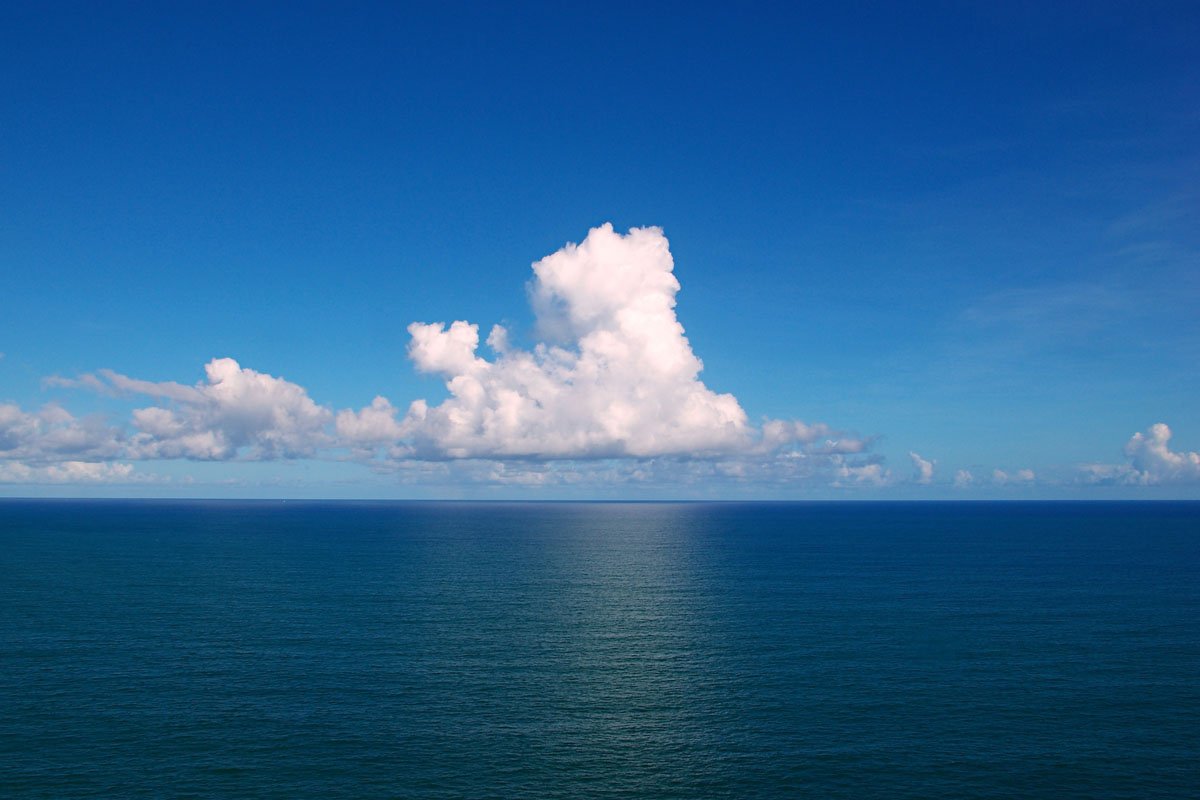 Except for the ruffling of waves, and the pull of the tides, you probably think of the ocean as pretty flat.  You wouldn't expect it to have a geography, its waters piled up into lasting hills or sunk into valleys.  Sea level ought to be pretty level, right?

Wrong.  In the Western Pacific around New Guinea, there's a watery hill almost 250 feet high.  This isn't a hill on the ocean floor, it's a hill in the ocean's surface itself.  The slope is very gradual because the hill is hundreds of miles across, but it's definitely there.  What causes the ocean's waters to behave this way?

The answer has to do with small irregularities in the Earth's gravitational field.  Like sea level being level, you probably take gravity for granted.  Most people assume that it stays the same from place to place.

Actually, if our planet's interior were completely uniform, the gravity on its surface wouldbe exactly the same from place to place.  But this isn't the case.  There are heavy concentrations of matter within the Earth's mantle, much like lumps in a bowl of oatmeal.  These huge, underground concentrations can cause slightly more gravity on the surface above them.

You might think that more gravity would pull the ocean's water downward, making a hole in the ocean, but this doesn't happen.  After all, if it did, what would stop the surrounding water from rushing in to fill that hole?  Just like a magnet attracts iron filings, an underground mass concentration attracts extra water--and extra gravity is what holds that extra water in place, making a hill in the ocean!