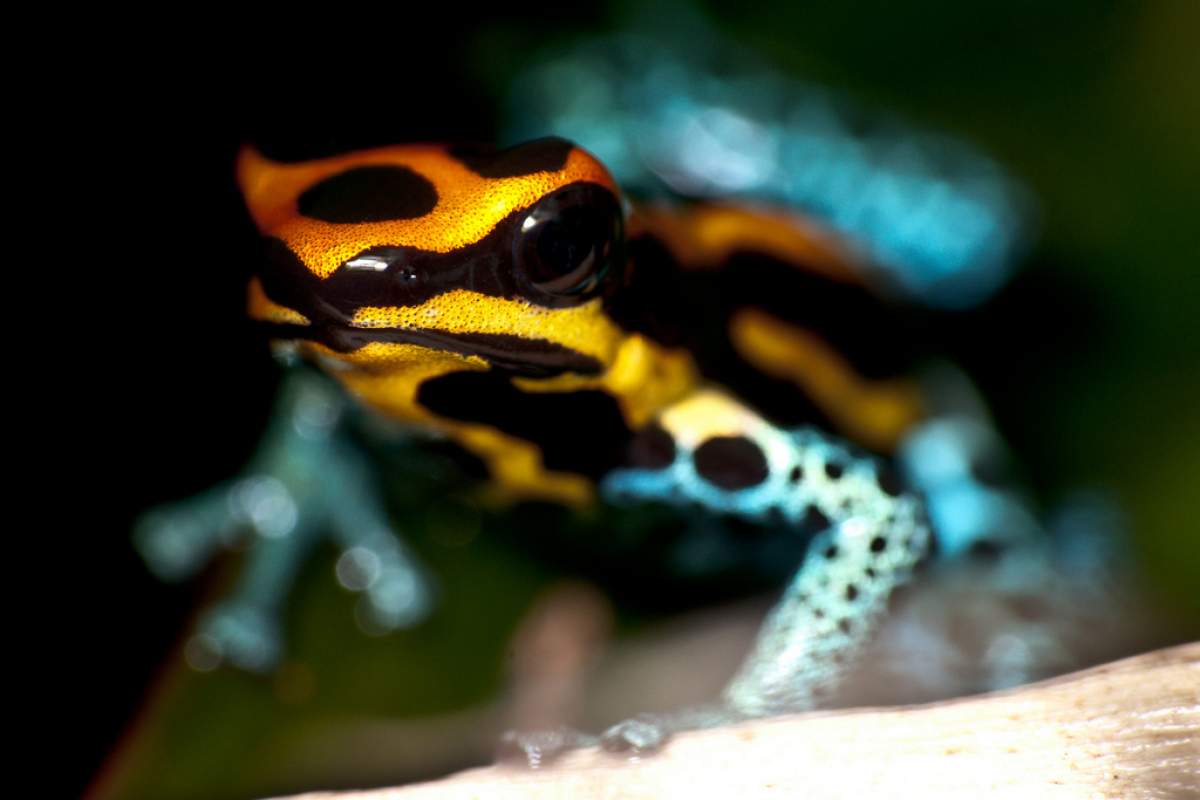 Poison dart frogs' (Dendrobatidae) skins are so beautiful. They make you want to take a closer look, even though it's normal to also be scared that one might touch and poison you.

But these frogs are more likely to leap away from you. The whole reason they carry toxic molecules in their skin is to deter predators from trying to eat them.

A question I've always had is poison dart frogs' skin is so toxic, why doesn't it harm them? I know they get their toxins from their diet--from the mites and ants they eat--so how do they manage to be resistant to them?

After doing some research, I learned scientists took a look at a certain species of poison frogs that carries the toxin epibatidine to figure out those details. In short, epibatidine works by binding to a certain protein in their bodies.

Over years and years of evolution, the frogs have switched out certain amino acids in that protein, which changes the protein's shape and prevents the toxins from binding to it.

There were a few complications. The protein that the toxin binds to is the same one that's a chemical messenger critical for healthy brain function.

To prevent brain impairment, the frogs had to undergo a few more amino acid changes. Eventually, the protein's shape became such that it blocks the toxin, but accepts the chemical messenger. Pretty crafty, right?

If you want to keep thinking about poison, toxins, and venom, we explain what the difference is between poisonous and venomous animals.

Thank you to Scott McRobert of St. Joseph's University for reviewing this episode's script.