How to Heave Your Guts 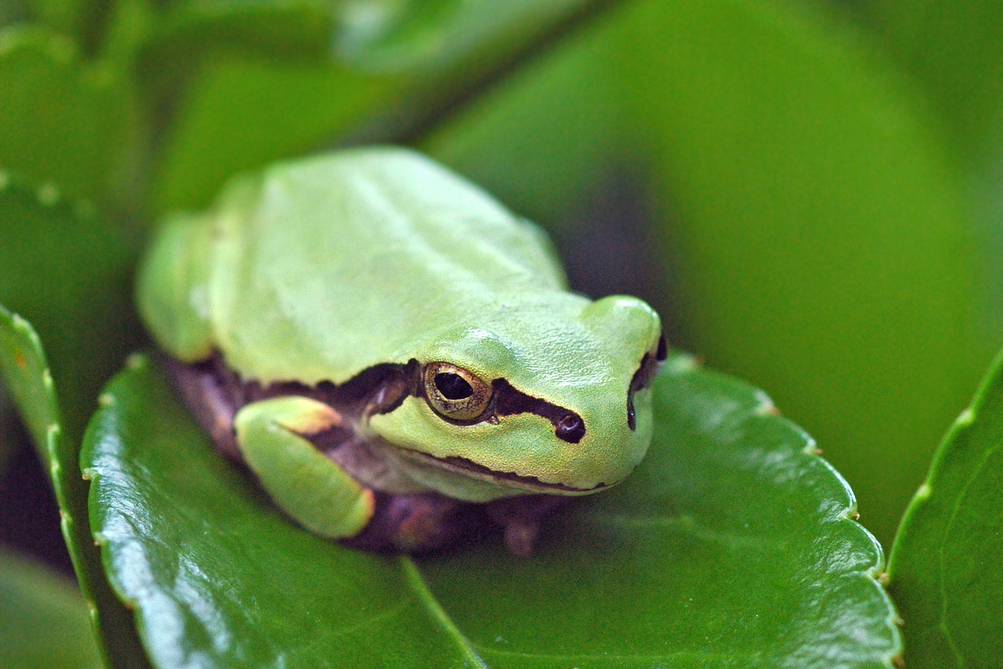 You've probably heard the rather crude expression "to heave your guts" used to refer to vomiting. In the case of frogs and toads, "heaving your guts" can have a much more literal connotation.

A toad that eats something mildly distressing may vomit the object in the same way humans do. However, if it has eaten something extremely nasty, such as a poisonous insect, there is a much more drastic option it may pursue.

The frog may actually throw up its entire stomach. The total stomach vomiting mechanism in toads has the same result as emptying a bag by pushing its bottom up through the top. The stomach literally turns inside out, and dangles from the toad's mouth.

Once in the inside-out position, the unwanted contents of the toad's stomach are likely to drop away. To be sure this has occurred, the toad has a secondary reflex associated with stomach vomiting.

This reflex causes it to reach up with its right arm and stroke the inverted lining of its stomach several times, thus cleaning it off manually. This ensures that all remnants of the toxic meal are gone.

This hands on approach to cleansing the palate is always done with the toad's right arm. This is because the way the stomach is connected to the toad's intestines causes it to have a shorter membrane on one side.

The membrane causes the stomach to always hangs out the right side of the toad's mouth. In other words, the toad has to use his right arm, because the left arm will be too short to reach over and do the job.