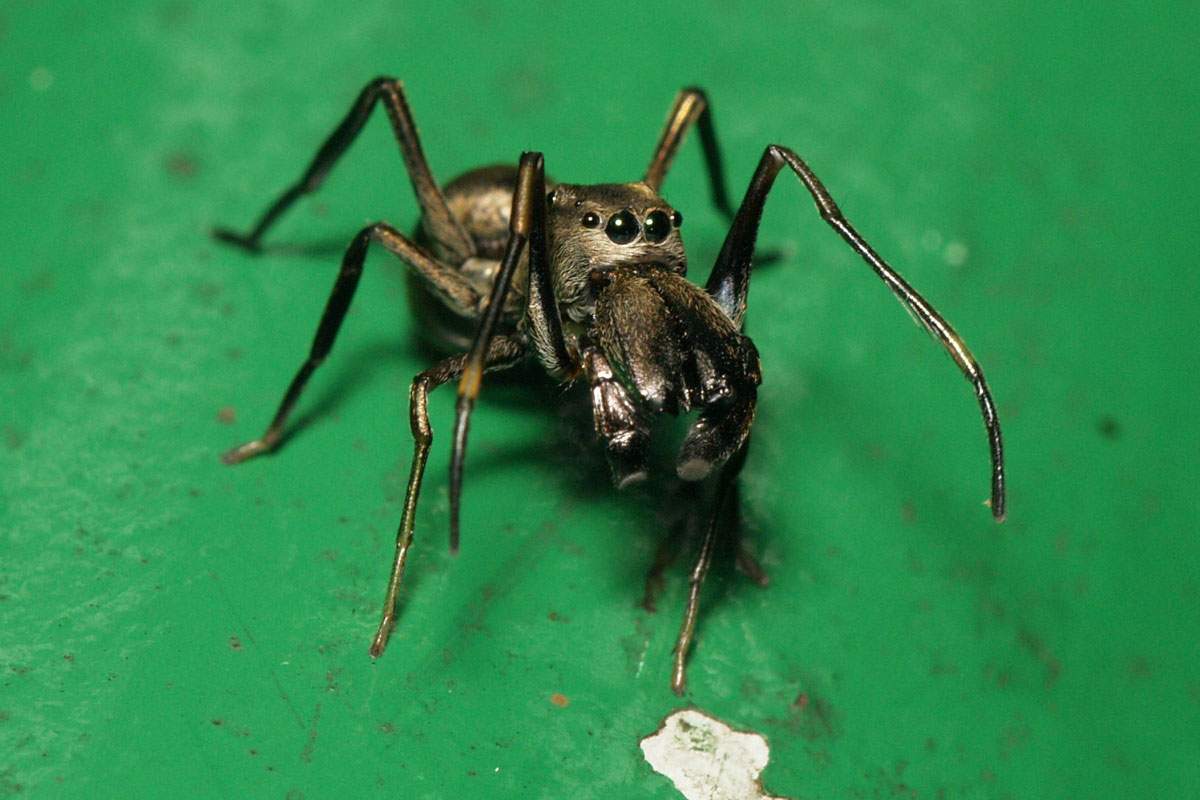 In most showdowns between spiders and flies, the odds weigh heavily in the spider's favor.  Today, however, we'll look at a few species of fly that manage to turn the tables on their eight legged foes.

When many spiders capture a fly, they don't eat it right away.  Instead, they poison the fly and wrap it in silk. They leave this silk-wrapped package for later consumption, just the way you store food in your pantry instead of eating it all right there at the supermarket.

Imagine yourself as a fly passing a web full of these wrapped-up dead flies. You might imagine you'd be frightened by the spectacle of your comrades, wrapped up like so many Hostess Twinkies. Not so for the Microphorus crassipes.  This fly species sees a spider's larder as a golden opportunity.  Indeed, it gets most of its food by stealing these silk-wrapped packagesvery carefully of coursefrom spiders.

Another type of fly found worldwide, called robber flies, takes this thieving concept one step further.  Instead of just stealing the spider's food, certain robber flies go after the spider itself.  Robber flies have been seen snatching a spider off of the ground, carrying it away, and eating it.

To make things even worse for spiders, there's a whole family of fliesthe small-headed flieswhose larvae actually develop inside a spider's body.  These fly larvae burrow into a passing spider, then proceed to eat the spider from the inside out. Spider or fly, fly or spider.  Betting on the spider isn't always a sure thing.