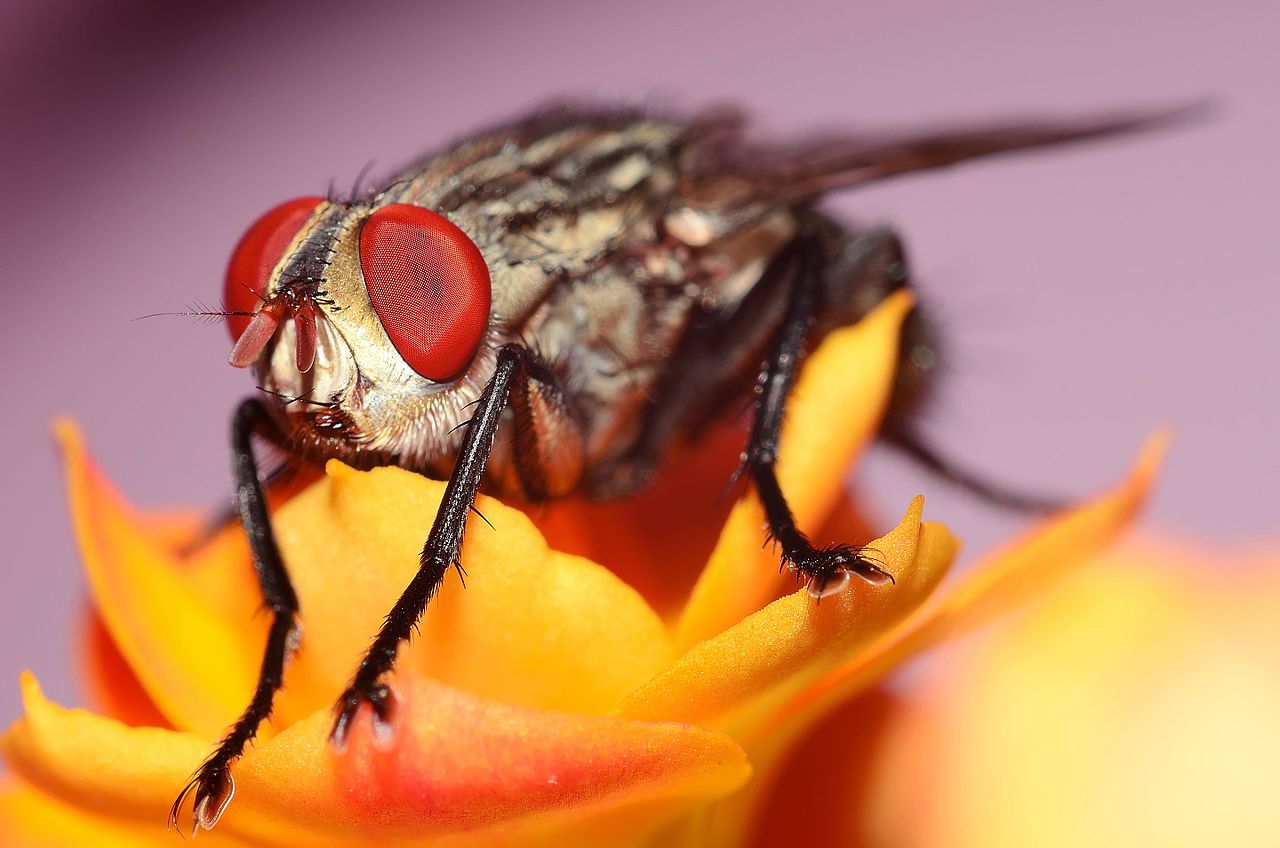 Where most of us are concerned, the question is not whether we would hurt a fly but whether we could. The reaction time of a fly seems so instantaneous that when we put back the rolled-up newspaper meant to be its death blow, weâ€™ve invariably missed our target.

Of course, its reaction time does help the fly navigate a life under attack. But itâ€™s the flyâ€™s perception of timeâ€”which is much different from our ownâ€”that makes it able to dodge your lumbering hand so easily.

The Speed Of The Eye

The difference between our perception of time and a flyâ€™s (or any other animalâ€™s) comes down to the speed at which the eye, and ultimately the brain, can record repeated rapid flashes of light. This is called the flicker fusion rate.

Roger Hardie at Cambridge University has tested the flicker fusion rate of flies by studying how the light-sensitive areas of their eyes work. His experiment was to insert tiny electrodes into the areas of the flyâ€™s eyes called photoreceptors. The electrodes emit LED lights, which then flash at faster and faster speeds.

Each flash makes an electrical current in the photoreceptors. The electrodes detect this current and then display it on a computer.

The computer notes the number of distinct flashes the fly can see. Tests show that flies can distinguish as many as 400 separate flashes a secondâ€”six times as many flashes as we can process.

Even 100 flashes per second would just appear as a continuous ray of light to our eyes. This all means that what we think is an instantaneous swat, to a fly appears to be in slow motion, allowing for an easy escape.