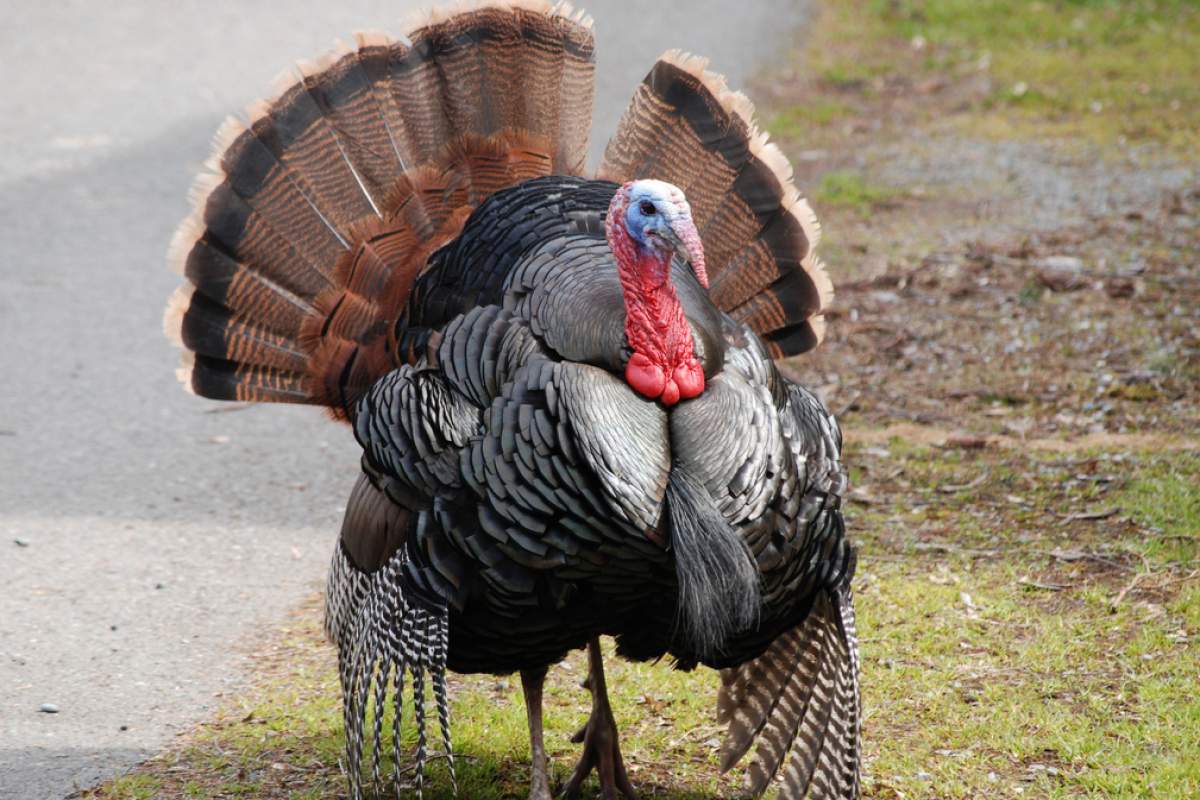 If you are a male human, you may try and attract potential mates by the flex of your pectorals, the curvaceous stretch of your ferrari, and the mass of your bank account.

However, female turkeys know only one thing really counts in a mate, and that's snood length.

The snood is a lank, drooping appendage on the male turkey's face, descending from just above the beak and seeming, to humans at least, a rather ridiculous addition. Not so to female turkeys, who have been shown to study snood length very carefully before choosing a mate. The longest snood gets the mating.

Other courtship rituals have their place as well, such as strutting and preening of feathers, but the snood, which can grow to twice its normal length during mating season, carries the day.

Male turkeys, on the other hand, seem to be intimidated by a long snood.

At Northeast Louisiana University, researchers built two turkey decoys which were identical except for snood length, one had twice the snood of the other. Both decoys were placed in front of piles of seed, as if they were feeding. The idea was to see which decoy would have more seed stolen from its pile by real live males. In 21 separate trials, 17 male turkeys risked stealing seed from the minor snood decoy, while only four risked offending the major snood.

This data corroborates other studies in which longer-snooded turkeys prove to be the more frequent winners of male-male battles. As the snood length is a characteristic of testosterone level, the snood may indeed show the stronger bird, or it could simply be that the competitor is always outmanned by a longer snood.