Ancient Science Part 2b - The History Of Quarantine 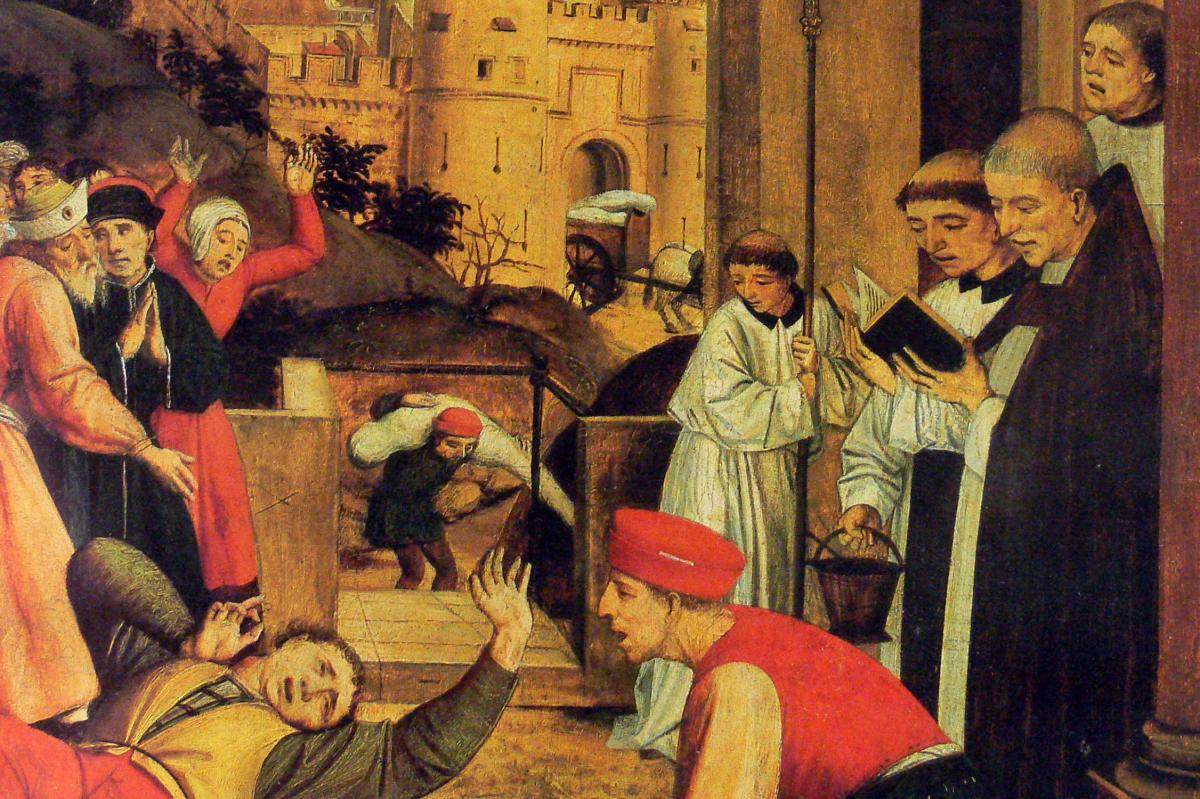 A medieval painting by Josse Lieferinxe depicting the first outbreak of the Bubonic plague during the reign of the Roman emperor Justinian. (Wikimedia Commons)

Right now, billions of people, over half the human population on Earth, are living under quarantine. The scale of the current pandemic is unique, but the existence of pandemics and our use of quarantines to combat them is not

In the last post in this series on Ancient science, we discussed the legacy of the Greek physician Hippocrates, whose writings (whether or not he actually wrote them), became extremely influential in Ancient Greece. In part 3, we will look at Galen, another influential doctor from antiquity.

Galen was remembered for many reasons, his ideas on medicine and biology being dominant well into the renaissance, but one of them was his description of the Antonine Plague during the second half of the second century. To this day, we don’t know for sure what the disease was. Galen compared it to a disease that afflicted Athens in the fifth century BCE.

Before we move on to part 3, we will briefly consider the history of plagues over the centuries and the use of quarantine as a remedy

As bad as the Antonine plague was, it was not nearly as bad as the Bubonic plague. Traditionally, there have been three great plagues in world history. The first plague happened during the sixth century in what was the Byzantine empire. The second plague is still the most infamous, and happened in the fourteenth century in Europe. The third plague also happened in Europe, at the end of the nineteenth century.

The term quarantine has its origins in the second of these three plagues. In Ragusa, modern day Dubrovnik, Croatia, a law was passes in 1377 enforcing a trentino, a 30 day isolation for visitors coming to Ragusa from areas infected by the plague.

During the following decades, other cities in the Mediterranean adopted similar procedures, and the practice was extended to 40 days, changing the name to quarantino, which comes from the Italian word quaranta, meaning “forty.”

It’s not clear why the isolation period was extended to 40 days. The number is found repeatedly in the Bible, being the amount of time Jesus was in the wilderness and Moses was on mount Sinai.

Whatever the reason for choosing forty days, the term and the practice of quarantine have stuck with us. In a way, by staying inside during the coronavirus until the disease dies down, we are not behaving that differently from those Mediterranean cities in the Middle Ages, who were also scared and searching for a solution to a problem they only partially understood.

In the next post, we will see how Galen tried to cure diseases with his imperfect knowledge of the world.