Missing out on sleep really adds up

Y: Today, on a Moment of Science, we're conducting an experiment on sleep deprivation. On my right, we have my friend Bob, who hasn't slept in eighty-eight hours straight! Bob? Bob? Okay, so he's pretty unresponsive. And on my left, we have Don, who has been restricted to no more than four hours of sleep a night for the past two weeks. How are you feeling, Don?

D: (YAWNS) Well, I'm a little tired, Yael, but not as tired as Bob over there, who I think is drooling.

Y: If you've ever relied on a doctor or an airplane pilot, then you know there's a lot at stake over whether Don is telling the truth about how tired he feels.

Y: Well, you might think you feel fine, but I have in front of me the result of the cognitive performance tests both you and Bob over here took earlier today. And guess what?! Don! Don!

Y: These cognitive performance tests show that you and Bob are having equal trouble performing some pretty basic tasks.

Y: Exactly. So that means that even missing only a couple of hours of sleep a night really adds up if you do it every night. In other words, sleep debt is cumulative, and right now, you have no more business going out there and driving a car than Bob does. What's more, you're so tired right now that you can't even properly evaluate how tired you are, which makes your sleep debt even more dangerous.

D: Guess I better catch up on some Zs! 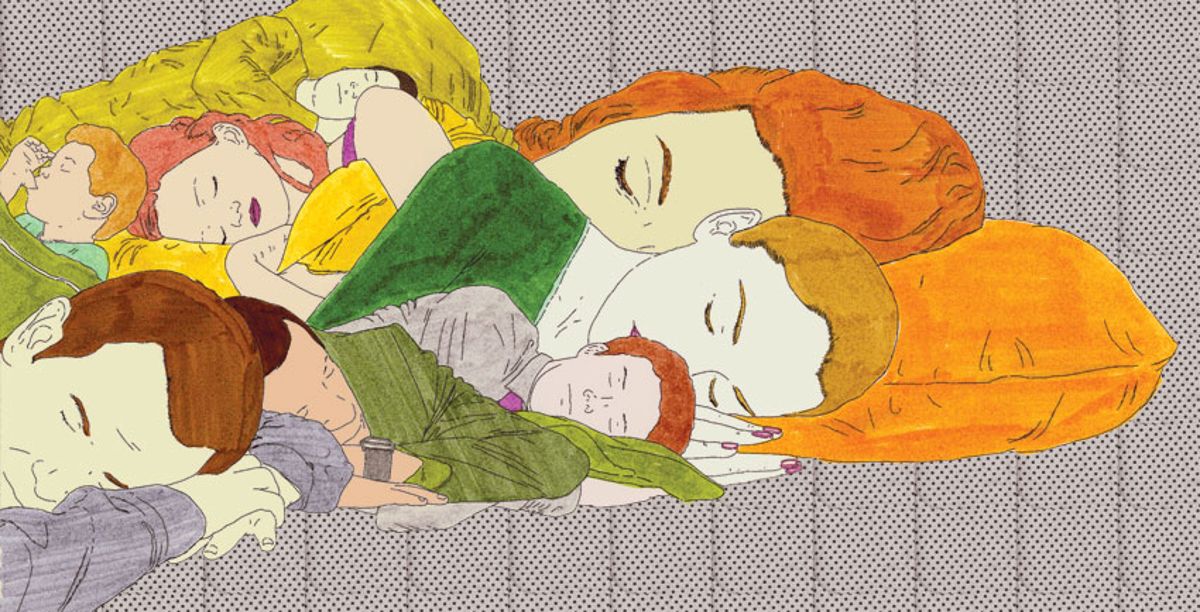 We've all struggled sometimes to get enough sleep at night for one reason or another. We might not even notice how tired we really are the next day.

If you've ever relied on a doctor or an airplane pilot, then you know there's a lot at stake over whether someone is telling the truth about how tired they feel.

Or at least, they might think they feel fine. A study from the Univeristy of Pennsyvania Medical Center tested participants with only a few hours worth of sleep at night and participants with no sleep, and results showed equal trouble performing some basic tasks.

So that means that even missing only a couple of hours of sleep really adds up if you do it every night. In other words, sleep debt is cumulative. This study from Penn showed that "sleep debts" accrue when your nightly sleep totals six hours or fewer. While participants might have tested poorly, they only reported feeling "slightly" tired. Not getting enough sleep might prevent you from properly evaluating how tired you are, which makes your sleep debt even more dangerous.

Make sure to catch up on your Z's, and be honest about how tired you might be!