The World Of Allen Toussaint 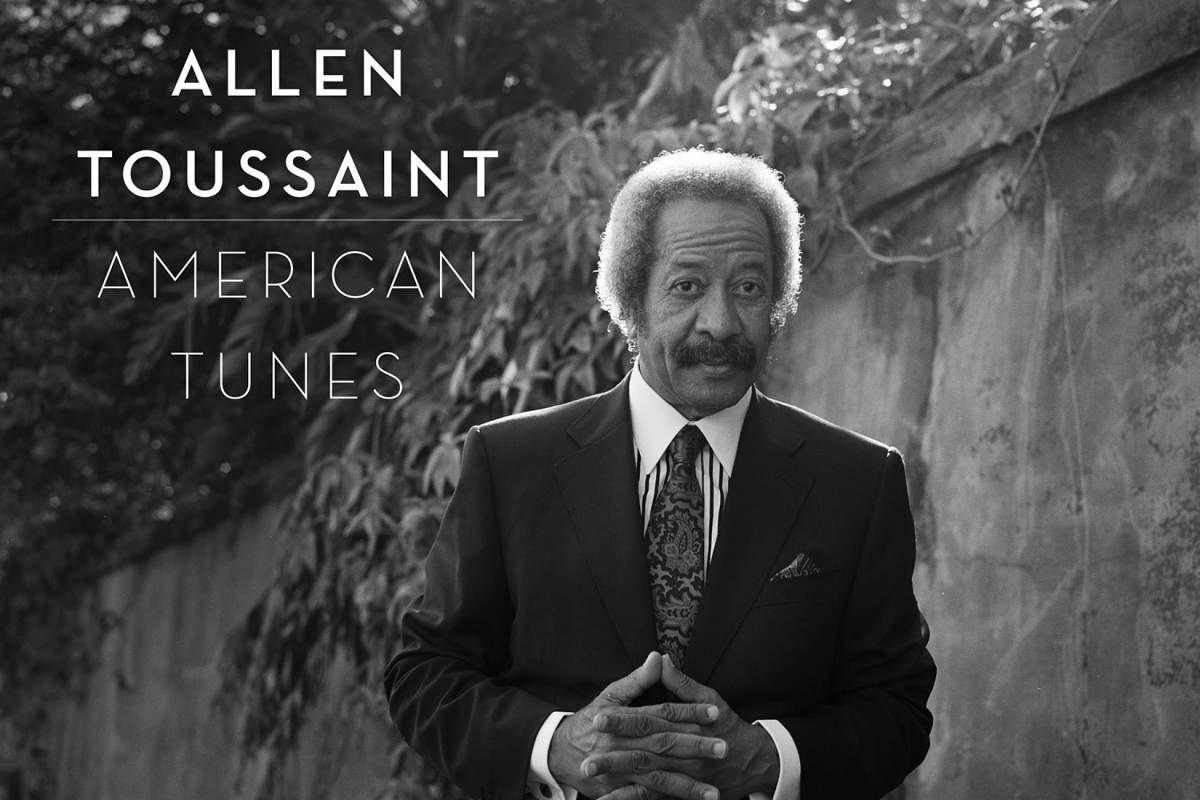 This week, we chronicle the 55-year career of Allen Toussaint, a musician who defined the New Orleans R&B sound for much of the second-half of the 20th century. Toussaint, who passed away on November 10, 2015, was a musician who cannot be easily categorized. A songwriter, a pianist, a producer, a singer: he worked in nearly every aspect of the business, and brought a subtle sophistication to the rhythm of blues of New Orleans.

The city of New Orleans maintains an almost mythical status when it comes to music. The only city in America that could be considered exotic, New Orleans was the crucible that birthed the Dixieland jazz of Louis Armstrong and Jelly Roll Morton, the mystic rhythm and blues of Professor Longhair and Dr. John, and the early rock and roll of Fats Domino. But in the 1960s, New Orleans music belonged to Allen Toussaint.

Toussaint emerged in the late 1950s already being hailed as a young savior to a fading New Orleans sound. Fats Domino's reign was beginning to fade, and the novelty behind other 1950s artists from the Crescent City was beginning to wear thin, artists like Clarence "Frog Man" Henry, Shirley and Lee, and Huey "Piano" Smith and the Clowns.

The shy Toussaint began to impress the locals with his piano playing, reminiscent of the best of New Orleans's past. After subbing for Domino, Smith, and others, Allen Toussaint was given a record deal, and recorded an album of instrumentals for RCA. It didn't prove to be successful, but one of those songs-"Java"-became a big hit for New Orleans trumpeter Al Hirt years later.

However, performing was not to be Toussaint's biggest legacy. In 1960, he was hired as a producer for the newly formed Minit Records. And it was behind the scenes where Toussaint's touch was most evident. He produced a string of hits for Minit Records in the early 1960s for Chris Kenner ("I Like It Like That"), Ernie K-Doe ("Mother-In-Law"), and Benny Spellman ("Fortune Teller" and "Lipstick Traces On A Cigarette"). These songs included signatures of Toussaint's production: a classic New Orleans big, heavy beat combined a light shuffle.

Allen Toussaint's career also overlapped with one of the other crucial New Orleans musicians from the second half of the 20th century: Aaron Neville. Toussaint produced Neville's earliest records on the Minit label in the early 1960s, including "Over You" and "Let's Live," and worked with him again in the 1970s on tracks like "Hercules" and "The Greatest Love." The two of them also share a stranger connection, and that's the last name "Neville." They're not related, but Toussaint's mother's maiden name was "Naomi Neville." Naomi Neville is also the pseudonym that Toussaint adopted when publishing many of his hit songs.

Allen Toussaint had another connection to the Neville Family, and that was through Aaron's brother Art. Keyboardist Art Neville, now of the Neville Brothers fame, was a founding member of the instrumental funk ensemble The Meters. The Meters released several solo records produced by Allen Toussaint, including their hit "Cissy Strut," and they were also the backing band for other Toussaint-produced records in the late 1960s, including this song "Give It Up," by Lee Dorsey.

Toussaint started writing and producing hits R&B hits for New Orleans singer Lee Dorsey much earlier, in 1961 with their song "Ya Ya." In 1963, Toussaint took a hiatus from music when he was drafted into the army. When he returned in 1965, he continued his partnership with Dorsey and recorded one of his biggest hits of all-time, the 1966 song "Working in a Coal Mine."

Toussaint's music made it out of New Orleans too. Irma Thomas, the Soul Queen of New Orleans, recorded Toussaint's song "Ruler of My Heart" for Minit records in 1963, but the version which became a hit was by Otis Redding out of Memphis a year later, which he renamed "Pain In My Heart." Redding gave himself credit for writing the song, but it was later credited to Naomi Neville (Toussaint's songwriting pseudonym) after a court settlement.

Toussaint was a difficult musician to categorize. He was a songwriter, who wrote hits for people like Aaron Neville, Lee Dorsey, Otis Redding, Glen Campbell, Patti Labelle, Three Dog Night, even Herb Alpert and the Tijuana Brass (their song "Whipped Cream," which was later the theme to the Dating Game, was penned by Toussaint). He was also a producer for New Orleans record labels Minit, Instant, and Sansu records. Yet he was also a skilled performer.

His performing career initially flew under the radar, but started to take on more significance towards the end of his career, especially when he became an unofficial ambassador to New Orleans post Hurricane Katrina in 2005. One of Toussaint's finest recordings is the recording of his own wistful and dreamy song "Southern Nights," a song Glen Campbell turned into a number one hit in 1977. Toussaint's original version from the 1975 album "Southern Nights" has a more mystic quality to it. The piano part trips along the black keys, while Toussaint's vocals, heavy on the tremolo effects, are sung through what's called a Leslie speaker, the speaker that came standard on Hammond organs.

In 2005, the city of New Orleans was transformed when Hurricane Katrina devastated the gulf coast. Like many others, Toussaint lost his home (as well as his recording studio). Toussaint was on the leading edge of musicians working to raise money to support the town through music, including a benefit version of his own song "Yes We Can, Can" from Our New Orleans: A Benefit Album for The Gulf Coast, and a 2006 Grammy-winning collaboration between him and singer-songwriter Elvis Costello called The River In Reverse.

Despite the tremendous devastation of New Orleans, the post-Katrina years were good to Toussaint. He won the National Medal of Arts in 2013, and lived his final years performing live solo concerts, taking on the role of elder statesman of the music of New Orleans. His final album American Tunes, an album of originals, covers, and instrumentals, was released posthumously in 2016 to great critical praise.