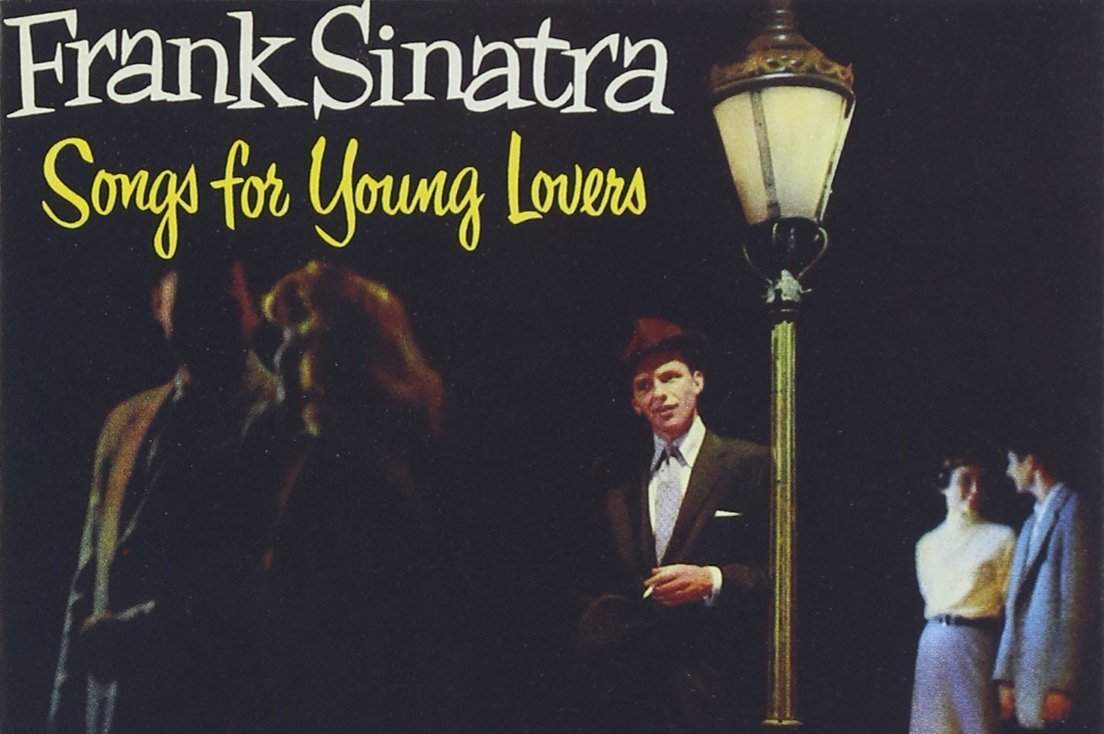 In 1953, Frank Sinatra was at a crossroads. Having just been dropped from Columbia records and at quite possibly the lowest point in his career, "The Voice" bounced back by signing with Capitol Records, teaming up for the first time with arranger Nelson Riddle, and releasing a series of mature, full-length concept albums over the next three years. On this show, we'll highlight those four highly-influential and acclaimed albums: Songs for Young Lovers, Swing Easy, In the Wee Small Hours, and Songs for Swingin' Lovers.

A decade earlier in 1942, Sinatra turned from a sideman with Tommy Dorsey's big band, to solo artist and genuine superstar, signing with Columbia records. The early part of his decade with Columbia was marked by great success. He had dozens of hit singles mostly with arranger Axel Stordahl, whose lush string arrangements helped define Sinatra's romantic sound. This also distinguished him from the other big band singers of the day.

In 1946 while with Columbia, Sinatra and Stordahl made one full-length album together. It was his first full-length album, and it was released as a box set of four 78 records titled The Voice of Frank Sinatra. Sinatra meticulously chose classic hits from the interwar period that could all tie together with a singular mood.

In the coming years, Sinatra faced a number of commercial failures. Columbia Records eventually began to see the singer as a relic of the wartime era: too sentimental, and unable to compete with the novelty pop records that were dominating the charts, songs like "Peg O' My Heart" or "How Much is that Doggie in the Window." The former teen idol also became a punching bag in the conservative press, raked over the coals for his mafia ties and his illicit affair with the movie star Ava Gardner. The man who was once the biggest star on the planet was now considered a liability, and Columbia did not renew Sinatra's contract.

Two things brought Sinatra back into the spotlight and the good graces of the public: one was his Academy Award winning supporting role in From Here to Eternity in 1953, the other was finding a home at Capitol Records. He was 38 years old when he signed with Capitol, and the record company allowed the man known as "The Voice" to mature. He was growing up, his days of singing to swooning bobbysoxers was over, and Sinatra wanted more than anything to record quality songs with quality arrangements.

His move to Capitol Records came at a time when there was a greater public interest in the new long-playing record format. Sinatra was inspired to not only capitalize on the new format, but wanted to create something that was artistically suited to it.Â On his first album with Capitol, Songs for Young Lovers, Sinatra created an early unified concept album: eight songs on a 10" record all tied together by a singular elegant and romantic mood, not unlike The Voice of Frank Sinatra.

The album cover is iconic, and sets the scene for the songs to come. We have a portrait of the singer, now in his late 30s, illuminated by a lamppost, cigarette in hand and donning his signature fedora from these years. He's serenading couples as they stroll, creating the relaxed soundtrack for young lovers, performed from a place of wisdom.

On the album, Sinatra is as theatrical as ever, able to emote with such ease. The song that starts the album, Rodgers and Hart standard "My Funny Valentine," Sinatra is able to change moods so effectively, reacting to the arrangement. About halfway through, this sultry ballad turns into a hushed, and delicate waltz. When we move back to the original time signature of 4/4, Sinatra marks this by singing a note on the words "but don't" that seems to suspend time for just a moment. It's the kind of thing that only Sinatra could do so effortlessly.

The real key to Sinatra's success at Capitol Records was arranger Nelson Riddle. Riddle was the young house arranger for Capitol when Sinatra arrived in 1953, having already worked mostly with Nat King Cole. Sinatra wasn't sold on Riddle at first, preferring to stay with longtime arranger Axel Stordahl or work with veteran arranger Billy May. In fact, although Riddle was credited on Sinatra's first Capitol album Songs for Young Lovers, he was really just the conductor. The arrangements were more or less holdovers from Sinatra's days performing live at the Riviera with George Siravo and his orchestra.

The Capitol executives pushed Sinatra to work with Riddle, and eventually a musical partnership was born. Sinatra and Riddle would record 21 albums together over the next several decades. Swing Easy, Sinatra's second 10" album with Capitol, featured arrangements all by Nelson Riddle. For this album, the unifying mood was the carefree uptempo swing, a style that Sinatra perfected in his Dorsey years, but mostly abandoned while he was with Columbia Records, as he was too busy crooning ballads.

Sinatra's third and fourth albums for Capitol-In the Wee Small Hours and Songs for Swingin' Lovers-were on 12" long-playing record, rather than the 10" record, meaning they could contain many more songs all with higher fidelity. On both of these records, Sinatra took the concept album even further than on the previous two albums.

The album artwork for In the Wee Small Hours resembles that of Songs for Young Lovers, depicting this singer with cigarette, fedora, and lamppost, but here he is alone against a blue-tinted street scene. Instead of songs of new love sung from a man who has experienced it, In the Wee Small Hours is about the other side of that coin. The artwork reflects the recurring themes of loneliness and heartbreak in the nighttime. Sinatra would go even further with this idea three years later with his concept album Only the Lonely.

Songs for Swingin' Lovers is a more realized version of Swing Easy. On this album, we begin to really see Sinatra take on the persona that he became known for in his later years: confident, authoritative, a little brash, but always swinging. One of Sinatra's biggest hits from these early Capitol concept album days, Cole Porter's "I've Got You Under My Skin." This particular track is the one that Sinatra biographer Will Friedwald calls quote "Sinatra's coup de grace of uptempo masterpieces."

The arrangement is a masterpiece, especially during the first instrumental interlude. Frank told Nelson that he wanted a long crescendo in the middle of the piece that would build through when he re-entered with his vocal. Riddle took his inspiration from the crescendo in Maurice Ravel's Bolero of all places, and comes to a climax with a rip-roaring solo trombone solo from Milt Bernhardt.